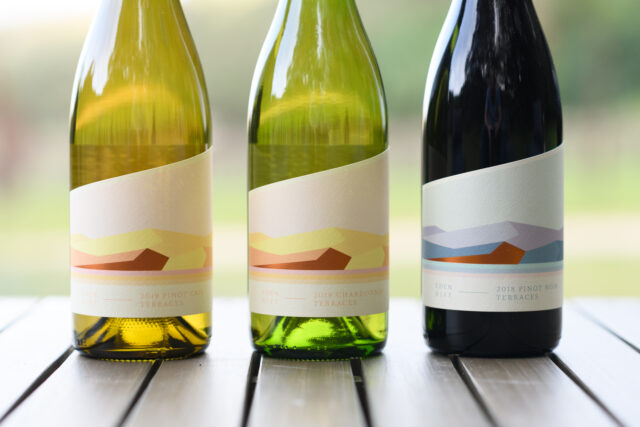 Acquired in 2016 by San Francisco native Christian Pillsbury, Eden Rift quickly gained recognition among discerning wine drinkers, sommeliers and retailers for their limestone-based Pinot Noirs and Chardonnays. “This distinction is particularly meaningful to us, as we hold Wine & Spirits magazine in such high regard. They assume the intelligence of the reader, consistently delivering top quality, well-written content for a wide range of wine lovers, from the curious newbie wine shopper to the seasoned collector. Making it to their Top 100 Wineries list is humbling for a brand as young as ours, but quite indicative of where we think it’s taking it. said Pillsbury.

Located in the Cienega Valley AVA, which straddles Monterey and San Benito counties, Eden Rift is also home to one of California’s oldest Zinfandel plantations, established in 1906. More recently, the estate team dedicated a small three-acre syrah plantation. , Grenache and Mourvèdre. Winemaker and Hollister native Cory Waller, who served as Josh Jensen at Calera, among other renowned pinot noir producers, focuses his efforts on managing the wines of the locale, highlighting natural acidity, balance, freshness, structure and a compelling textural profile.

The Eden Rift Tasting Room is located inside the estate’s Dickinson House, designed by Prairie School devotee and close associate of Frank Lloyd Wright, Walter Burley Griffin. Built in 1906, it is a true representation of early 20th century Prairie School architecture. An aesthetic born in opposition to mass production and mass production, the Prairie School advocated “organic architecture”; that a structure should appear to have grown organically from the ground on which it was built.

The land known today as Eden Rift has been planted with vines since 1849. For more than a century, its soils rich in limestone and dolomite have passed through the hands of intrepid pioneers, each with their own wine-growing obsessions. bold.

In 1830, a French wine merchant, Théophile Vache, came to the United States from Bordeaux via Cape Horn. In 1849, while California was still under the Mexican flag, he ventured from Monterey to the Cienega Valley and planted a small vineyard there. In 1883, Vache’s neighbor, William Palmtag, then mayor of Hollister, bought the estate from Vache and, under the name of Palmtag Mountain Vineyards, aged the wines produced there; so much so that its wines swept the fine wine categories in national and international wine competitions of the time.

In 1906, under the dual ownership of Captain Jules Jacques St. Hubert, a winemaker, and a Chicago grain broker named John Dickinson, the estate was further transformed when Dickinson made a commitment to his farm by adding a residence to the property. He hired Walter Burley Griffin, perhaps best known as Frank Lloyd Wright’s partner, to custom design the Dickinson House, which today serves as the residence of Eden Rift owner Christian Pillsbury.

Long fascinated by early California history and the Prohibition era, Pillsbury was drawn to this land in part by its rich and nuanced history. Among his private collection of ancient Cienega Valley artifacts are old labels and items on the Valliant label, which for years thrived on this site under Hiram Walker, the international house of spirits. The estate later belonged to the Gimellli family, Italian immigrants who brought a whimsical “new country” aesthetic to the estate.

Before acquiring the estate, Pillsbury and his team carried out extensive research on the land; soil aspects, diurnal oscillations, wind patterns, micro and macro-climates of each block… and concluded that calcareous and limestone-rich soils would be best suited for pinot noir and chardonnay. A serious and unwavering winemaker, he has invested great emotional and financial resources in cementing Eden Rift’s place in the continuum of California wine lineage.