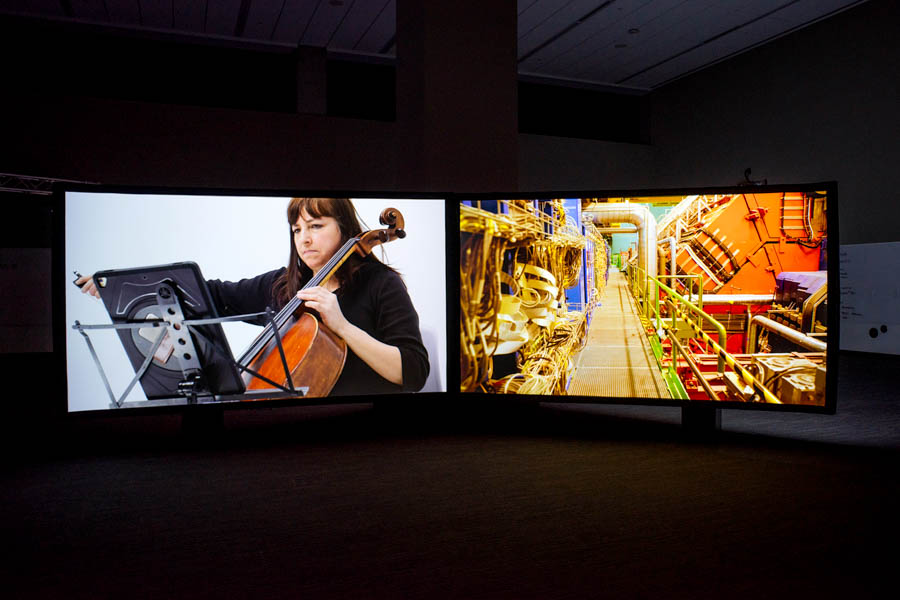 Travels to known and unknown places

There’s a first time for everything, and it turns out that the Sarasota Art Museum (SAM) is no exception to the laws of the universe. The Museum, still in its infancy after officially opening its doors in December 2019, will present its first exhibition dedicated to video and digital media this fall, while Journeys to Places Known and Unknown: Animated Images by Janet Biggs and Peter Campus arrives October 2. The exhibition, curated by independent curator Terrie Sultan, will showcase the contrasting methods of how Biggs and Campus, two artists from different generations, use moving images to explore concepts of time and space. Not only does the exhibition mark the first time SAM has dedicated a space to video and digital media, it also marks the first time the artists have collaborated on a joint exhibition.

“Peter and Janet were introduced professionally by Terrie Sultan. Since then, they have formed this wonderful artistic partnership over the past few years: they have discussed each other and their work, much of it on the themes of nature and science that underlie both their works. says Emory Conetta, formerly assistant curator at SAM. “Peter is a generation older than Janet. He was very influential in thinking about the new media that emerged in the 1970s. His work is more intrapersonal, where Janet steps out into the world, he is interested in the nature in front of him. Because this is the first time that SAM has dedicated an exhibition and an entire floor to this type of medium, the museum had to adapt the gallery space to better serve the art. Watching movies is a totally different experience from viewing static works of art and should be treated as such. “For this exhibition, we really wanted to break things up. Much of the art requires its own personal space for each room, we have created many mini rooms on the 2nd floor so that visitors can focus on each room instead of being distracted by many works in one space at a time,” says Conette. These individual rooms act as miniature theatres. Not only is the light from each room contained, but so is the sound, creating a more immersive experience for the viewer.

It’s a challenge that Conneta hopes will be worth it. “I think the wonderful thing about this type of media is that it asks a bit more of the visitor. There are works in the show that last five, six, seven, eight minutes. To get an overall sense of the piece, you want to spend more time with it rather than a static piece, which is super exciting to think about,” Conetta says.

Sarasota Museum of Art from October 2 to January 15, 2023, sarasotaartmusuem.org.