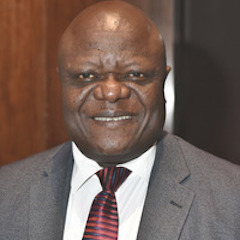 The example of “ClimateAfrica” ​​magazine, By Abiodun Adeniyi

All in all, it is an excellent attempt to energize specialized journalism and to diversify the processes of education, entertainment and information of the population, in accordance with the constitutional role of the journalist and the modern need for continued decentralization of reporting direction.

Journalism is changing rapidly. And this change develops from different dimensions. The first is how we practice it, and the quality and background of practitioners, reflected in the growing difficulty in retaining information and discerning who the ideal practitioner is. Second, the change of the rise of information dissemination channels, leading to the pluralization of channels, and the challenge of controlling the booming outlets.

The third is governance interests, sometimes reflected in brazen checks and balances, and other times presented in inhibiting legislatures. And fourth, in between, there is the 21st century expansion of human reach and consequent intensity of activity in individual spaces, often requiring evaluation for understanding, appreciation, revisions and further development. The last point highlights the issue of specialized reporting, which has developed over the years, but is expected to develop further in the years to come with the unbridled multiplication of human dimensions.

Over the years, we have identified certain areas of specialization in journalism such as politics, justice, oil and gas, finance, sports, education, science, housing, environment and a little more, especially in developing climates like Nigeria.

In more developed climates, these areas have even extended to the legislature, party affairs, and the presidency for politics; and football, tennis, basketball and swimming, for sports, for example. Therefore, we frequently have writers identified as football reporters, tennis reporters, legislative analysts, and party business reporters, among others.

Here it is also possible to see the connection between beat disaggregation and the level of social evolution, beyond the planetary recognition of the changing world of communication. Despite this, however, we cannot say that we have not been reactive enough to break down rhythms in an effort to capture the everyday essence of humanity, from the prism of the Nigerian state.

Not a few media houses, surviving or gone, including The Guardian, National Concord, Daily schedules, This day, The punch, New Nigeria, Democratetc., covered specialty lentil rhythms in the eighties, extending into the nineties and continuing into the two thousand.

This means that we are making efforts, even if the distance is still great. ClimateAfrica magazine is one more attempt to deal with the changes in the human essence. Although the focus may be on the larger picture of the environment, science, and geography, compartmentalization seeks to break down an important element of human life, in addition to providing a clearer picture of the issue of climate change, not only because of the physical effect of the phenomenon. , but for the growing attention it is attracting in the political, governance and diplomatic spheres.

It is for this reason that NatureNews Media Limited (www.naturenews.africa) deserves praise, and even more its editor, Aliu Akoshile, deserves our salutations for this vision, this mission and these cardinal objectives, woven around the enlargement of our understanding of a threatening subject, and it must find solutions, long and short term, by collecting, reporting, analyzing and interpreting the news on climate change.

We can name some climate change issues like desertification, conservation, deforestation, biodiversity, land use, ozone diversity, water and air pollution, erosion and migration, among others. These questions may not be exhaustive, but they cover the research that mankind is still doing on the subject. This is the reason, I suppose, why the content of NatureNews is also divergent, covering sections such as Focus, Discourse, Issues, Insight, Special Report, Nature’s Game, Agric Business, Climate Impart and Green Tech.

The sections are deliberate with the aim of capturing general issues on climate change, including national and multilateral responses; individual approaches, as well as comments, opinions and writings; official and unofficial responses, among others. Rich in images, the magazine supplements the textual restitution of the senses with the aim of not only capturing the imagination of readers, but also affecting their appreciation of the subject.

The well-packaged 54-page publication is also creative in planning and ingenious in design. In doing so, the editors show an understanding of an unpredictable nature against the need to animate it with words and images, in addition to illustrating the therapeutic power of nature, man’s quest to overcome his whims and the pleasure of our daily interactions with her. The magazine is therefore healthy in the systematization of contributions, demonstrated visual effects, quality of writing, and in the promise it keeps.

ClimateAfrica, with the slogan, Cultivate a living environment, has charted a new course, a specialized sequence, which is a logical response to the times we are in, and which departs from the usual temptation to privilege politics, economics, entertainment and the like in publications. This path is pioneering, confident and courageous, but would require commitment to ensure sustainability.

Anyway, it will do better in its mission if it eliminates sections such as Focus, Discourse, Issues, Insight and Special Report, which are conventional, and replaces them with climate change issues such as desertification, conservation, deforestation, biodiversity, land use, ozone. diversity, water and air pollution, erosion and migration, in line with its purpose and philosophy. This should further enhance the more relevant sections they already have like those on Nature’s Game, Agric Business, Climate Impact and Green Tech.

All in all, it is an excellent attempt to energize specialized journalism and to diversify the processes of education, entertainment and information of the population, in accordance with the constitutional role of the journalist and the modern need for continued decentralization of reporting direction. I congratulate the publisher and the organization for this initiative, and I wish you good luck.

Abiodun Adeniyi, Professor and Head of Department of Mass Communication, Baze University, Abuja, presented the review at the first anniversary of NatureNews (www.naturenews.africa) and the launch of Climate Africa magazine.

Support the integrity and credibility journalism of PREMIUM TIMES

Good journalism costs a lot of money. Yet only good journalism can guarantee the possibility of a good society, an accountable democracy and a transparent government.

For free and continued access to the best investigative journalism in the country, we ask that you consider providing modest support to this noble endeavour.

By contributing to PREMIUM TIMES, you help sustain relevant journalism and keep it free and accessible to everyone.