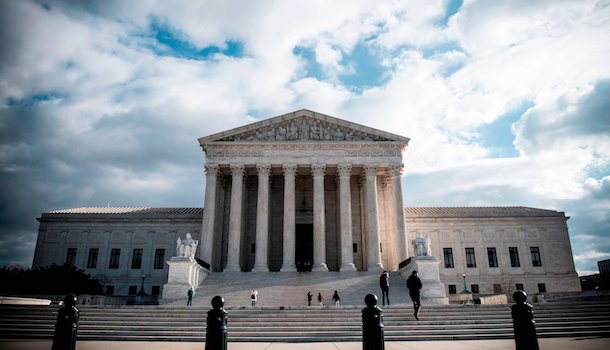 The United States Supreme Court sometimes takes important steps long before it hears arguments in a case. Such is the case in a successful LGBTQ case pending before the Court in its recently opened 2022-2023 session.

“This is a matter of business conduct, not speech,” said Mary Bonauto, director of the GLAD Civil Rights Project

In the call, 303 Creative v. Elenis, the anti-LGBTQ group Alliance Defending Freedom asked the Court to decide whether a business could seek a religious exemption from a state law prohibiting discrimination based on sexual orientation in public places. The Court declined to answer that question and instead accepted the appeal to answer a different question: whether a company could claim a free speech right to discriminate.

“This is a case of business conduct, not speech,” said Mary Bonauto, director of the GLAD Civil Rights Project and lead author of a brief urging the court to rule that the Freedom of expression of the Constitution does not exempt businesses from complying with public accommodation. laws.

In reviewing the free speech claim, the Court is setting its eventual decision to have “much broader implications” than a religious exemption to civil rights laws, ACLU attorney Amanda Shanor said during a hearing. a preview of the Federalist Society on September 21st. And as Kelsi Corkran, Supreme Court director at the Institute for Constitutional Advocacy and Protection, said during a preview of the Georgetown law, narrowing the question will allow the court to decide whether a company can simply articulate “any reason” to refuse to serve customers because of their sexual orientation, race, gender, or other protected status.

“If there is a free speech right to selectively choose clients based on messages [the web designer] wants to endorse,” Corkran said, “I guess that would apply to any protected feature. I think that would apply to a white supremacist who doesn’t want to provide services to people of color.

That was the assessment of several legal experts on a number of different panels reviewing the 2022-2023 Supreme Court role. The new session began Oct. 3, and most panels identified the LGBTQ public housing case as one of the session’s four major disputes. Others include voting rights, gerrymandering and affirmative action.

So far, 303 Creative is also among several LGBTQ-related cases the Supreme Court could deal with this session:

303 Creative v. Elenis –This case, which was accepted for oral argument (likely in December), could allow any business in the public market (hotels, restaurants, bakeries, web designers, etc.) to refuse to serve a customer claiming to have an objection personal to treat this customer like any other. Although this case is based on a desire to deny web design services to same-sex couples, it could undermine the civil rights of the wide range of people protected by anti-discrimination laws. It pits a one-person web design company against the laws of Colorado (represented by state attorney general Aubrey Elenis). The appeal seems strange that the Court accepted, since no same-sex couple sought the services of the web designer. As longtime marriage equality lawyer Evan Wolfson puts it, the case “doesn’t even present a real case or controversy, and shouldn’t be before the court.” The fact that the took the call suggests the 6-3 Conservative majority has decided to aggressively pursue a right-wing agenda.

“The Court framed the question on the assumption that designing a website for money in a business open to the general public is an ‘artistic expression’ rather than an ordinary commercial service,” Minter said. “It’s a radical departure from existing law. It’s one thing for the Court to change the law. It’s another for the Court to do so surreptitiously by posing the question in such a loaded and novel way.

Kent Greenwood, a professor at Boston College Law School, at a preview for the American Constitution Society, said he believed the court would rule in favor of the web artist.

“I have no doubt how the Court will decide. The Court is expanding both its understanding of speech and its protection,” Greenwood said. “Although this is ostensibly a speech case and not a religious clause case, the case fits comfortably within the court’s broadening effort to extend religious protections to people religious…especially evangelical and mainstream religions. The court is increasingly concerned with religious claims.

Klein v. Oregon: This is a case of imitation on a repeated appeal, and the Supreme Court has not yet indicated whether it will seize it. In Klein v. Oregon, the Oregon Court of Appeals ruled that a baker could not use her religious beliefs to violate a state law that prohibits discrimination based on sexual orientation in public places.

The U.S. Supreme Court overturned that state ruling in 2019 and asked the lower court to reconsider the case “in light of” Masterpiece Cakeshop v. Colorado. Oregon did and came back with the same decision: a baker could not claim a right to “free exercise of religion” to violate a state law against discrimination in public places.

Florida vs. NetChoice: In this case, Florida has appealed in defense of its recently passed law that prevents social media from “censoring users based on their views.” LGBTQ groups say social media groups should be able to ban hate speech because “without adequate content moderation policies, digital forums and apps can become breeding grounds for homophobia, bullying (cyber and otherwise), harassment and misinformation”. The United States Court of Appeals for the 11th Circuit ruled that the Florida law violated the First Amendment rights of social media companies. He cited Supreme Court precedents such as Hurley v. Irish-American Gay, establishing the right of a St. Patrick’s Day Parade organizer to ban LGBTQ groups from participating. The Supreme Court has yet to say whether it will hear the appeal, but several panelists at the pre-trial conferences said they thought there was a good chance it would.

NetChoice vs. Texas: Texas and Florida often dance together these days – and have done so here, with Texas also passing a law to prevent social media from banning certain “points of view”. This case is still the subject of procedural motions in the lower courts, the latest being a Fifth Circuit order that allows the law to take effect while the legal challenge continues in court. NetChoice asked the Supreme Court to overturn the Fifth Circuit’s order, and in an apparent 6-3 vote, the Court granted that request, rendering the Texas law void for now. Justices Samuel Alito, Clarence Thomas and Neil Gorsuch dissented. The case on the merits of the legal challenge will now continue.