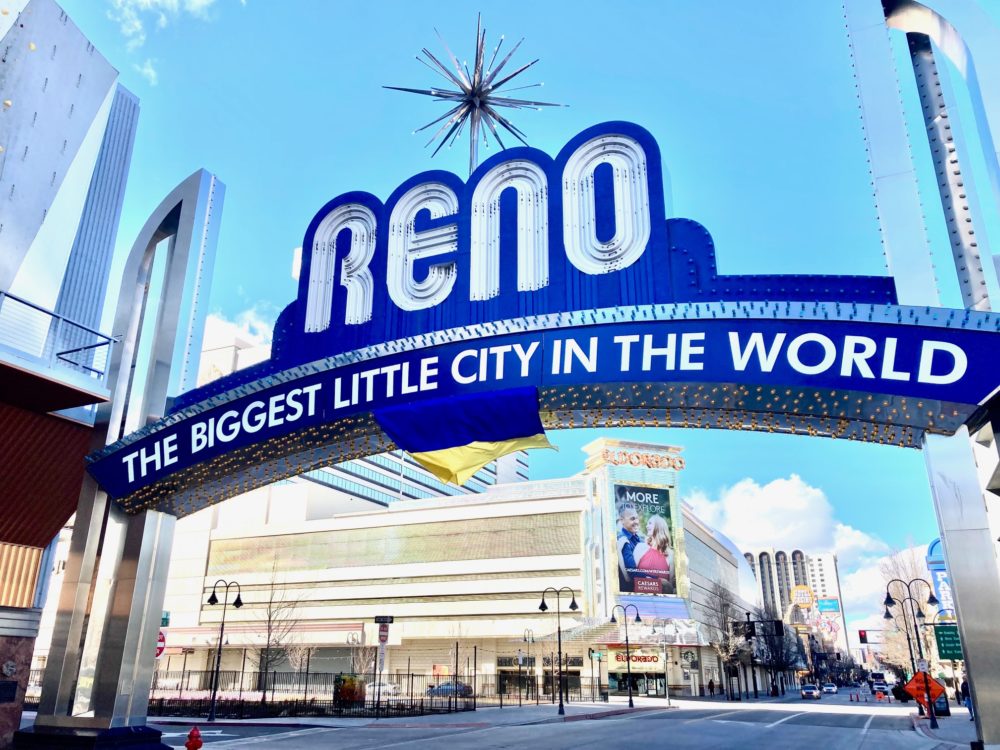 So, a man named Rich Neher runs a newsletter called “Tennis Club Business” that lands in my inbox every few weeks or so. A recent edition critically discussed the American Tennis Association’s decision to host the United States vs. Colombia Davis Cup series in Reno, Nevada, which caught my attention not only because of my penchant for Davis Cup, but because I was there! Tennis Club Business content leans heavily towards a glass-half-empty approach to the USTA and this story – which you can read here https://www.tennisclubbusiness.com/feature-rn-0422?utm_campaign= 23fd5cbf-c4f8-480c-988d -043d13b95d01&utm_source=so&utm_medium=mail&cid=8a134d2b-bffb-49d1-b6e5-6a970f4e7c90 was no different. The article was a wee bit irrelevant and a wee bit illogical so I decided to respond to the article and posted the letter below

I just read your article on the Davis Cup in Reno and I feel compelled to respond. When I saw that the USA-Colombia Davis Cup tie was in Reno, I was so excited I booked a plane ticket and went!

I hadn’t been to a Davis Cup game in the US in 10 years and had never been to the Reno-Lake Tahoe area. One of the great things about the Davis Cup, which I’ve always felt, is that it takes you to places you might not have visited otherwise! Of course, for context, I was the USA Davis Cup Team Press Secretary for the USTA from 1997-2005 and now run the USTA Pro Circuit Futures event in Vero Beach, Florida, valued at $15,000, to benefit the Mardy Fish Children’s Foundation.

The USTA’s primary objective in a Davis Cup match is… TO WIN! (You play to win the game! Hello!) A fast inside court provides a good environment to beat Colombia and advance, which they did by a 4-0 margin. You suggest for a Miami site, which would presumably be slower conditions outdoors, giving Colombia a better chance. You said Colombians would come wave their flags in Miami, but it’s a USA HOME TIE. The American team wants to play in front of a pro-American public, not a pro-Colombian public. You say “tens of thousands” of Colombians would attend Miami? When you say “TENS” of thousands, you mean at least 20,000 fans, which would be the minimum plural number of 10,000 fans. There aren’t even 20,000 fans who take to the stadium grounds every day at the Miami Open, featuring the best male and female players in the world, not to mention a two-day match with even not a top 10 player and a team whose highest ranked player is No. 250 in the world. A Davis Cup match in Colombia would not attract tens of thousands of Colombians. The Davis Cup has only attracted more than 20,000 daily fans a handful of times in its more than 100 year history. The next time the teams play and it’s in Colombia, they can take out the flags in Bogota.

The atmosphere in Reno was great in the arena with the USA Cheerleaders, USA Davis Cup team mascot “Ace” the bald eagle, the band from the University of Nevada and the famous team of encouragement of the American Davis Cup “Netheads”. American players loved it and it brought back the feel of the “old” Davis Cup.

USTA’s next goals with Davis Cup home games are not to lose money (and/or make money) and to use the games to further promote tennis and the Cup Davis. You mention the “site offer fee” the cities put in place to host the game and I’m sure Reno made a great offer. Reno hasn’t been shy about attracting more sporting events to its city for economic and promotional reasons, so the Davis Cup fits the bill. Hotel rooms were probably part of the deal and an attractive arena offer (rental). Everything was relatively cheap in Reno (except gas) but the hotel was steps from the arena! Super easy! I went out for a walk downtown and saw Rajeev Ram walking down the street to the arena.

You say “Miami” blindly but do you also know how many hotel nights cost in Miami? Well, $400 a night is a bargain this time of year! Not fan friendly! (Big hotels in Reno were as low as $100 a night) Is the venue free? Are there any application fees? Who receives parking revenue and food and beverage revenue? What is the place in Miami? Crandon Park? (Lots of politics to bring tennis there, apparently and has it been properly groomed for a world-class event since the Miami Open left in 2018? I’m not so sure.) What other venue there does he have in Miami? Hard Rock Stadium certainly doesn’t want to “spoil its party” before the start of the Miami Open two weeks later. It’s not as simple as saying “Let’s play Miami!” Also, is it really good for the game to oversaturate a market (Miami) with so much tennis in a short time? Not smart!

You write: “Similar to the debacle in San Diego a few years ago where some foolish Poobah decided to introduce Italian clay into the Petco stadium, they had to build a field inside the center of events and fit it out with carpeting. Who do this ? Well, you know build tennis courts where tennis courts are organic? Try Madison Square Garden in New York for plenty of events, including year-end men’s and women’s events for decades, London’s O2 Arena for year-end championships and the upcoming Laver Cup, the ‘Houston Astrodome for the ‘Battle of the Sexes’. “, I could go on and on because it’s all done. LA. TIME. Petco Park’s Davis Cup was also great, to host tennis in a non-traditional tennis environment (like the Houston Astrodome for the “Battle of the genders”, for example.) The only bad element of this tie for the USTA was bad luck that the best player on the American team John Isner was injured and did not play and the United States lost.

The Davis Cup has never been played in Reno and there is no great tennis there. It was therefore a good choice to introduce high-level professional tennis to this market. The Saturday crowd was full of capacity and loud (the first day was Friday, under ITF rules, so problematic for people to get out of work or school and it was a bit light that day, as expected.) The crowd was enthusiastic and diverse and many had probably never attended a major tennis event before. The Davis Cup (and the women’s equivalent of the Billie Jean King Cup) works best in small and medium towns. Until the United States once again has a team with multiple super-star Grand Slam tournament champions, teams with players ranked No. 20-50 aren’t going to break in or make a big splash in the big cities. of the market with NBA, NHL, MLB and NFL teams among other entertainment attractions to compete with, such as Miami. The Davis Cup over the past 15 years has flourished in cities like Winston-Salem, NC and Austin, Texas and Boise, Idaho and Portland, Oregon.

To boot, US Davis Cup captain Mardy Fish wanted to find a venue that was also in the same time zone and near Indian Wells to make it easier for US players to travel and fit in for the week’s tournament. next. And look what happened? Team USA member Taylor Fritz, buoyed by his Davis Cup week in Reno, was the unexpected and much-celebrated singles winner in Indian Wells in what was the biggest singles tournament victory by an American in 15 years old. This is great news for American tennis!

So, in my book, the Davis Cup in Reno was a win-win!