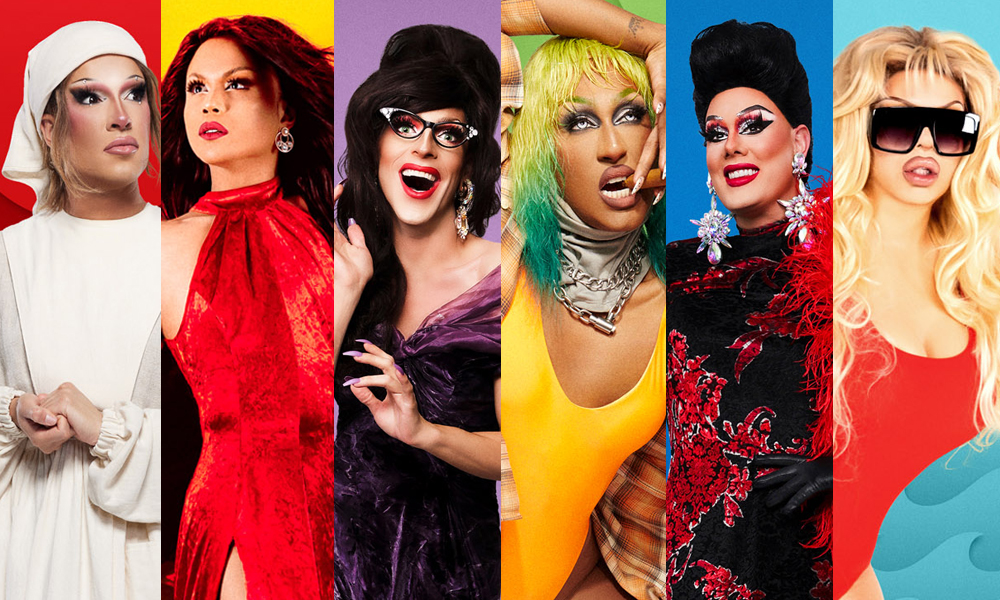 Queens presents 6 looks made in Canada for Halloween

Some of your favorites Canada’s Drag Race winners as well as the competitors of the next Canada Drag Race: Canada Against the World show off what they’re wearing for Halloween this year…

“When our drag superstars bring iconic characters to life, the results are bound to be spectacular. The queens of Canada’s Drag Race continue to give the best of themselves,” explains Mathieu Chantelois, Executive Vice-President, Marketing and Public Affairs of the Canada Media Fund, who heads MADE | US Campaign.

For more than five years, MADE | The US campaign spotlighted Canadian creators and content, including film, television and video games.

To showcase fabulous looks inspired by Canadian icons for Halloween, the campaign brought together Canada’s Drag Race winners as well as the competitors of the next Canada Drag Race: Canada Against the Worldwhich will start streaming on Crave in late November.

After meeting Amanda Brugel as a judge on Canada’s Drag Race season two, and being such a huge fan of The Handmaid’s Tale – it seemed natural to put on his shoes (or in this case – slippers)

Sandra Oh is one of the most influential and talented Canadian actresses to have broken into the mainstream market since her days. Grey’s Anatomy at Kill Eve and even his scene stealing The Diary of a Princess.

Anne Dorval is one of the most remarkable and versatile Canadian artists I know! Of Rooms in the City, to the wonderful films of Xavier Dolan, she knows how to give a moving and memorable performance. For me, his collaborations with hilarious writer Marc Brunet, like the Rockwell twins, greatly influenced my sense of humor. To date, Ashley (The heart has its reasons) is the hardest character I’ve had to impersonate, but it gives me so much joy to play her.

I pay tribute to her today because she is incomparable, inspiring and not afraid to laugh at herself – like me!

Ed the sock…. I know what choice! Growing up in Whitby, Ontario, all I ever wanted to be was a TV host, so I watched so much TV and watched all the many TV hosts there were. The reason Ed the Sock appealed to me was because there was a no-nonsense approach to how he interviewed and how he was. It inspired me to be who I want to be and to keep pushing the boundaries.

Pascale Bussières brought an emblematic lady of French-speaking culture, Alys Robi, to our big screens in the film Bittersweet Memories. Her performance even earned her a Genie Award for Best Actress!

The film really blew my mind and showcased the incredible career trajectory of the first Quebec artist to break into the international scene. Additionally, her career began at the National Theater in 1936, right in the neighborhood that is now the Village in Montreal, a neighborhood that has long sought out people who express divergent genders and sexualities.

I cast Pamela Anderson in her iconic role as CJ Parker from Baywatch because in my generation, Pamela Anderson was THE blonde bombshell. Growing up, Pamela was plastered all over my walls, all over my TV screen, and all over magazines. As a kid, she was the definition of beauty to me and would end up being part of the reason I decided to do drag. She is one of Canada’s icons and I am proud to represent her even in this small way.

Want to see these six queens take the stage? Good news! They will be reunited for one night only.

The Evening of the Queens at the Casinopresented by MADE Au Casino Cabaret at the Casino de Montreal
November 20, 2022, at 8 p.m.
Tickets: Ticketmaster.ca