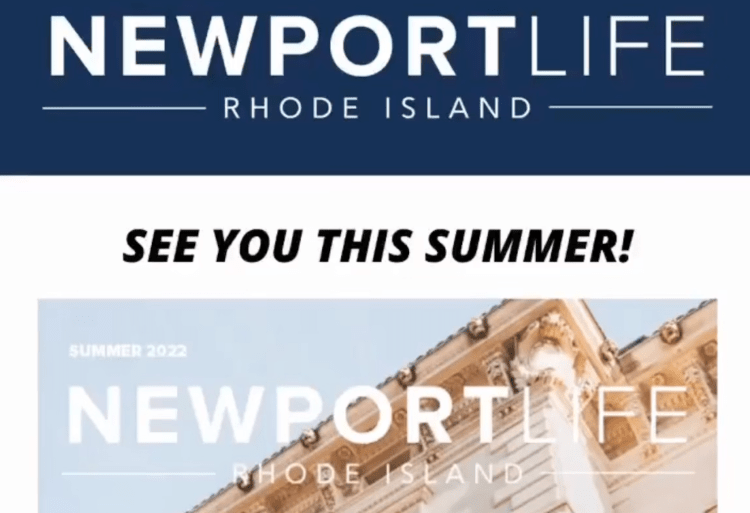 Newport Life Magazine acquired and brought back to life

A group of private investors announced that it had acquired Newport life magazine, a luxury and lifestyle magazine serving Newport County, RI for over 29 years, from a subsidiary of Gannett.

Founded in 1993, the magazine showcased everything unique about City-by-the-Sea, from its people and places to its events, history, yachting, environment and distinctive lifestyle from the island.

The magazine, which announced in February 2022 that it would no longer publish the print magazine after its March/April issue, will resume publication, starting with a July/August 2022 issue, followed by September/October and November/December . From 2023, the magazine will resume its traditional publishing schedule of seven times a year: January/February, March/April, May/June, July, August, September/October and November/December.

“Newport has always been a town that embraces history. So when Newport Life closed in March after 29 years, many people felt they had lost an old friend. It’s exciting to see the magazine return so quickly, and once again under local ownership,” said former Newport Life magazine editor Fred Albert.

Katelyn McSherry, a Newport County resident for more than 25 years, has been chosen to lead the publication as its new editor. McSherry knows very well Newport life having previously served in the management of the magazine’s marketing and events department earlier in his career. Chester Allen, a journalist with several lifestyle publications under his belt, will also join the new team. He will act as the publication’s interim editor.

Newport life will be relaunched in summer 2022 and will maintain its current theme with a new look for the magazine while expanding its editorial coverage to include:

“It’s very exciting to take a Newport staple and breathe new life into it so that it continues to be the go-to source for all of Newport for years to come,” said publisher, Katelyn McSherry. “Newport Life is the ultimate lifestyle guide to Newport County’s past, present and future, and we will continue to create community and outlet for all residents and visitors.”

Like Newport Buzz? We depend on the generosity of readers like you who support us, to help us in our mission to keep you informed and entertained with local and independent news and content. We really appreciate your trust and support!