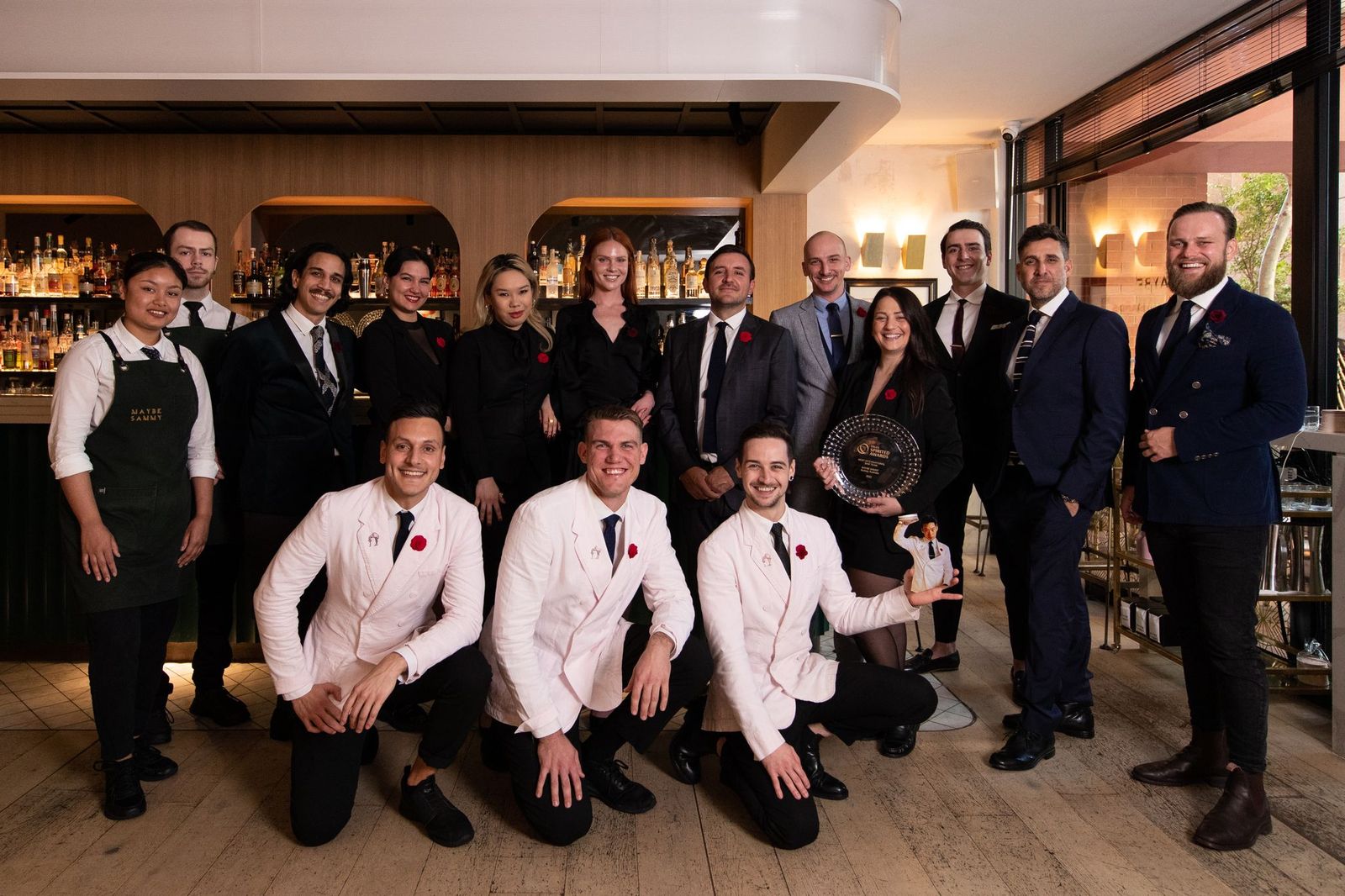 Sydney’s Maybe Sammy is Australia’s top-ranked bar in the 2022 edition of the World’s 50 Best Bars list.

This is the fourth year in a row that the glamorous venue has come out on top, with the bar taking 29th place.

The 50 best bars were announced at an awards ceremony held in Barcelona earlier in the week, with part of the Maybe Sammy team celebrating the big win in person.

“We are very grateful to the bar and our team for continuing to be recognized for the brilliant work they do. It’s really very special to be among the community that we love.

Companion CBD bar Cantina OK! was also recognized on the world stage, taking the 41st position. The pocket venue was closed Wednesday night so the team could celebrate the feat.

Paradiso in Barcelona was named the world’s No.1 bar, with the top five being completed by Tayer + Elementary in London; Sips in Barcelona, ​​Licoreria Limantour in Mexico City and Little Red Door in Paris.

“The fact that this is the first time that we have crowned a bar outside of New York or London as the best bar in the world is a testament to the enormous achievements of Giacomo, Margarita and their team,” says Mark Sansom, Director of the content from The World’s 50 Best Bars.

“Since being named One To Watch in 2017, a year after it opened, Paradiso has been a fixture on the Top 50 list, improving its rankings year after year.”

2022-10-05
Previous Post: Supreme Court considers several anti-LGBTQ cases
Next Post: What to Know About Malware as a Service and More