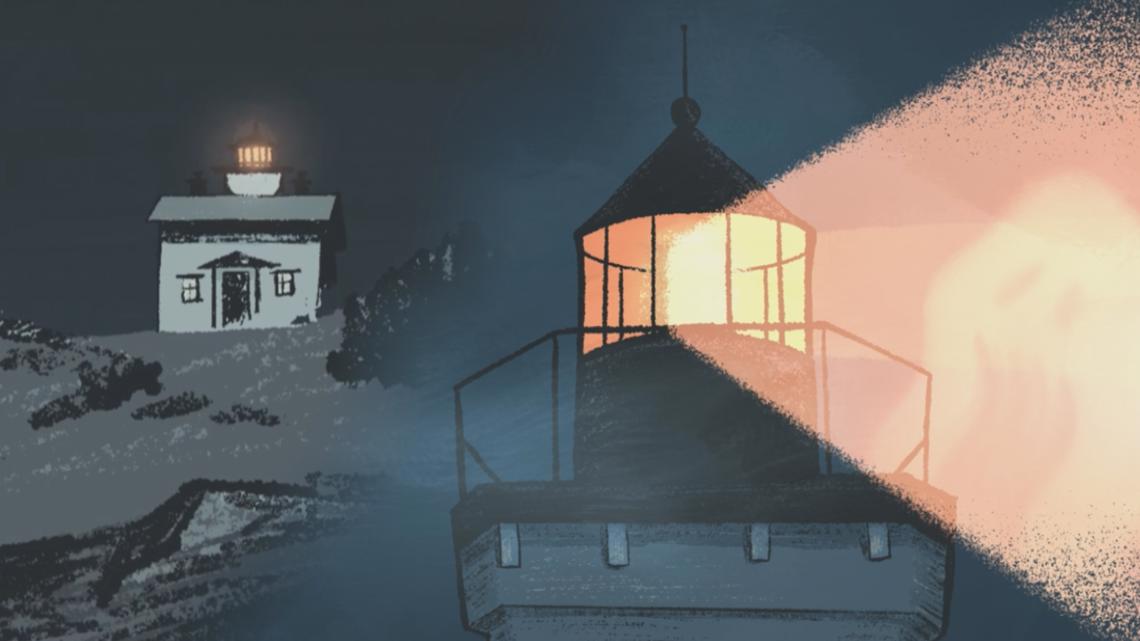 A magazine article published in the late 1800s told the story of a girl who died mysteriously at the Yaquina Bay lighthouse. History saved the structure from demolition

The Yaquina Bay Lighthouse is considered the oldest structure in Newport. Built in 1871, it has attracted much attention over the past 150 years – not for its unassuming beauty, but its ghostly reputation which may have spared it demolition.

“The Yaquina Bay Lighthouse is actually the only lighthouse or historic structure I know of in Oregon that has ever been saved by a non-existent ghost from the wrecking ball,” Finn John said. He teaches new media communication at Oregon State University and directs quirky oregon. The blog shines a light on stories of dark and bizarre history in the state.

The lighthouse was decommissioned just three years after it was built. It fell into disrepair and was almost forgotten until a magazine writer gave it new life over 20 years later.

Lischen Miller published a short story in 1899 titled “The Haunted Light at Newport by the Sea” in Pacific Monthly Magazine. The article tells the story of a young girl named Muriel Trevenard. She was left in a boarding house by her sailor father. One day, Muriel and a group of children explored the abandoned lighthouse on the hill where they found a secret door inside.

RELATED: Grave robbers tried to hold the corpse of a former Portland mayor for ransom, but they made a big mistake

According to the story, the children threw lit pieces of paper into the hole, but they could not see the bottom or even determine if there was a bottom.

“Then a fog came, and they all got scared and decided to leave,” John said.

After an exhaustive search, the police never found his body or his alleged killer. Muriel’s father never returned from his sea voyage to find out more about his daughter.

The article has been described as fiction, although no one knows exactly where the author got his inspiration.

“The big question about this story is, did Lischen Miller just make it up? Did she just sit down and say, ‘OK, I’m going to write a great ghost story about this lighthouse.’ because it could have happened,” John said.

RELATED: The mysterious story of the ghost of the Interstate Bridge

The ghost story came to life and earned the lighthouse an infamous reputation.

In the 1940s, the structure was scheduled for demolition, but a group of residents formed the Lincoln County Historical Society in an effort to save it. With the help of a wealthy industrialist, they raised enough money to save the lighthouse from demolition.

The lighthouse operated as a county museum before being restored as a working lighthouse and listed on the National Register of Historic Places. Today volunteers show the building and people always ask if it is haunted.

Over the decades, people have reported seeing the ghostly figure of a young girl in windows and claim to have heard screams at night.

Listen to episode 5 of Wicked West: