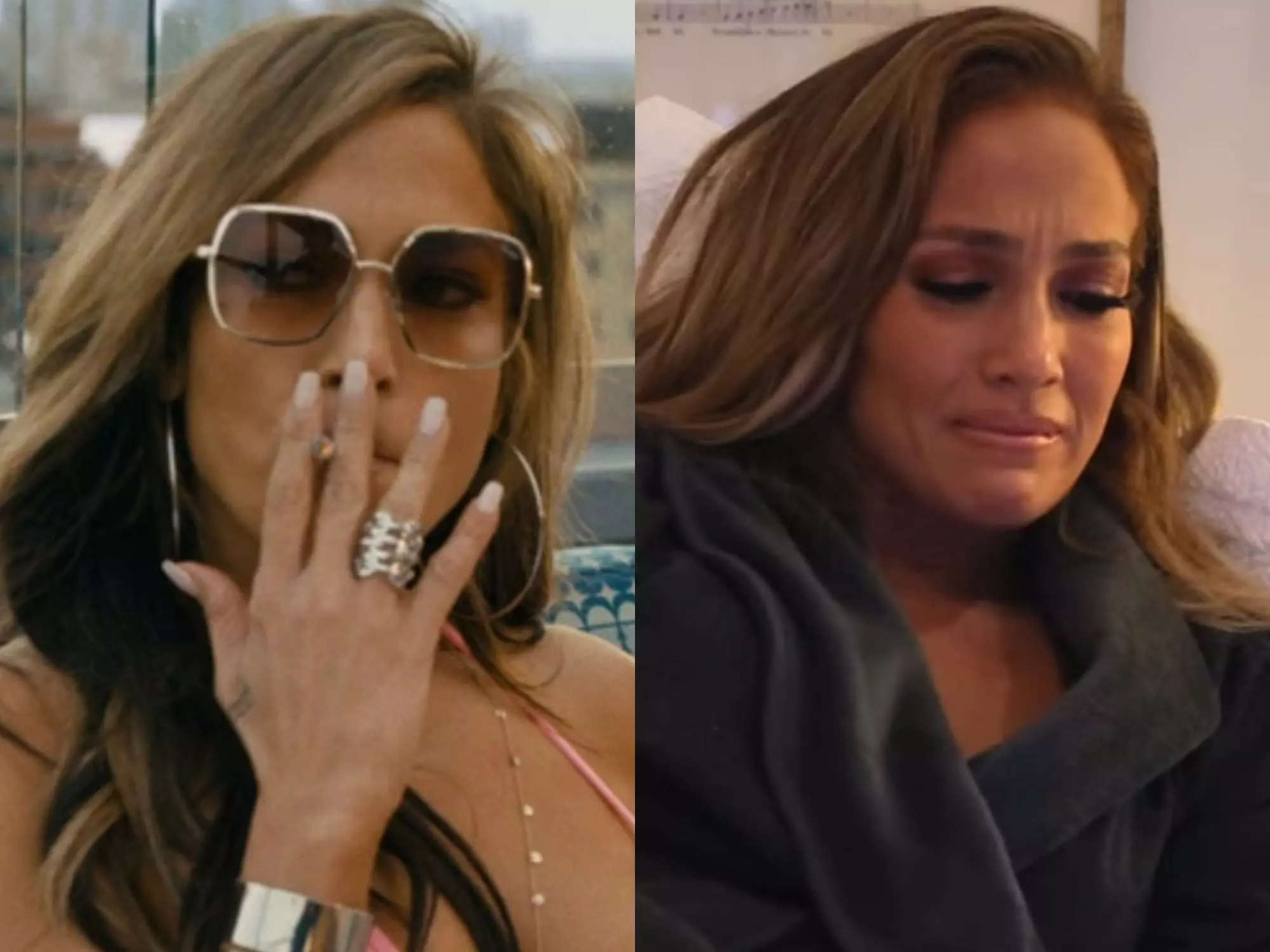 Jennifer Lopez got visibly emotional read a Glamorous article praising her performance in the 2019 film “Hustlers” in a scene featured in her documentary “Halftime,” which premiered on the streamer on Tuesday.

Lopez played Ramona in the film, a model for a group of exotic dancers who orchestrated a scheme to rip off the wealthy patrons of the strip club where they worked with millions of dollars. The plot is based on a 2015 article by Jessica Pressler titled “The Hustlers at Scores”, published in New York Magazine.

“Most of the praise for ‘Hustlers’ is dedicated to Jennifer Lopez, who leads the film as lead Ramona,” Lopez reads directly from Glamour. “In fact, some critics say she could be up for her first Oscar.”

“Honestly, it’s exciting to see a performer criminally underrated…” the “Love Don’t Cost A Thing” singer continued, pausing to feel the impact of the words and crying when they hit her. “…getting its due from the prestige film releases.”

It’s a quick but powerful “half-time” moment, especially because throughout the film, Lopez has spoken about how the negative reviews of her talent affect her emotionally.

“I just have very low self-esteem“admitted the star about 25 minutes into the film. “I really believed a lot of what they said, which is that I was no good. That I wasn’t a good singer, I wasn’t a good actress, I wasn’t a good dancer. I was good for nothing. I didn’t even belong here. Why wouldn’t I go?”

Lopez went on to say that she felt like she was in a “really abusive dysfunctional relationship” with the media.

The Latina triple threat was first nominated for a Golden Globe in 1998 for her leading role as Tejano singer Selena Quintanilla Pérez in the “Selena.” Quintanilla Perez was murdered by her friend and former fan club manager on March 31, 1995, over a dispute over money.

In “Halftime,” Lopez said she was told she wouldn’t win the Golden Globe for “Selena,” but said she was just happy to be nominated at the time. It was over a decade before she was again nominated for “Hustlers”, and she never received an Oscar nomination.

“Halftime” followed Lopez throughout awards season and captured her disappointment when she failed to win the Golden Globe and fail to earn the Oscar nomination for “Hustlers.”

“I felt like I let everyone down,” she said, referring to the team of people who have worked for her for decades. “They wanted it so badly. For me, for them. I mean, it’s also a validation of all the work they do.”

Later in the film, Lopez told a friend that she had dreamed of being nominated for an Oscar, but woke up and realized she hadn’t understood it. She told her friend, who was angry because of her, don’t let the snub bother her.

“Halftime” is available to stream on Netflix now.

2022-06-15
Previous Post: Slow down and speed up for satellites
Next Post: Rosie’s: The Backyard opens physical store in Miami