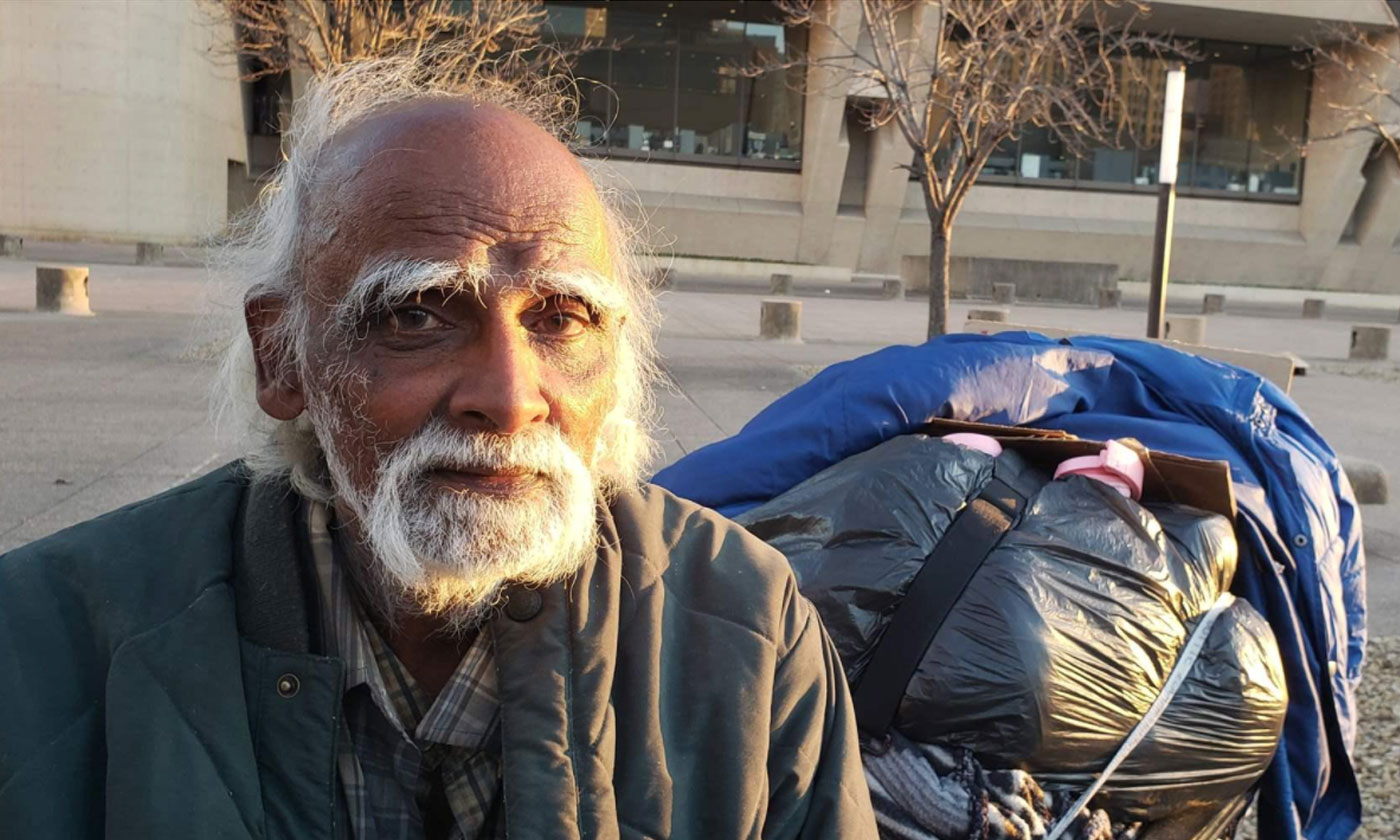 How Dallas is fighting homelessness with COVID help

Federal money to house the pandemic was not being spent. The city found a way to make sure more people were housed sooner.

In March 2020, when the pandemic first hit, Raharish Velu was living on the streets of downtown Dallas.

“They rounded us all up and took us to hotels,” Velu said of city officials and social workers. “We were all tested and I tested positive so I couldn’t leave my room. But once I got better, they let me out.

Velu, 70, returned to the streets, where he had lived for more than 20 years, but found survival was harder than ever. Shelters are still full as they have had to reduce capacity to adapt to social distancing guidelines, he said, and the streets are increasingly crowded.

“Every day someone new comes along,” he said this week as he sat on a bench in Akard Plaza, just outside City Hall. “I would say most have lost their jobs or gotten sick, but they’ve never been here before. It’s pretty bad.

Since the start of the pandemic, states and localities across the country have received billions in federal aid to help reduce homelessness. But most regions have been slow to get the money to those who need it, like Velu, largely because the huge influx of dollars has outstripped agencies’ capacities. Still, some have seen progress: In the Dallas area, more than a dozen nonprofits and government agencies joined forces last summer to launch a new program using federal aid, aiming for successes that other localities could replicate.

The goal of the new Dallas REAL Time Rapid Rehousing initiative is to place 2,762 homeless individuals and families into permanent housing by September 2023. An estimated 4,570 people were homeless in the area in March 2021, up by 3% from 2020. Rapid Rehousing is a national, federally funded program designed to reduce the length of time a person is homeless by providing housing before other social services.

“This is the most ambitious plan to address homelessness that Dallas has seen,” said Sarah Kahn, program manager at Metro Dallas Homeless Alliance, which leads the initiative and is the largest nonprofit organization. local non-profit providing services to the homeless. “I mean, this is a historic level of new resources and new dollars coming into our community which is used to operating on a scarcity model and often fighting for crumbs. We have a very, very large amount of resources that we need to act quickly.

States and localities have received more than $5 billion in federal stimulus funds in the form of emergency housing vouchers and emergency solutions grants to help those homeless during the pandemic. Housing agencies and advocates nationwide are using the influx of funds to create new, long-term solutions to homelessness, but relatively little money has been spent so far.

As of Jan. 6, less than a third of the $4 billion in emergency solutions grants had been spent nationwide, according to the U.S. Department of Housing and Urban Development.

California, which has the largest homeless population in the country, illustrates the difficulties.

A state auditor’s report found that the California Department of Housing and Community Development did not give its partners access to the first round of federal emergency solutions grants until December 2020, seven months after the announcement of federal funding. This is mainly because the ministry lacked the capacity to manage the grants and failed for a full year to hire a contractor to run the program, according to the report.

The Dallas area was also slow to withdraw money, but the new initiative helped.

The city of Dallas received $19 million in emergency solutions grants through the CARES Act and 490 emergency housing vouchers through the American Rescue Plan Act, worth about $8 million, according to HUD data. The city used 26 vouchers, and last week spent about $10 million of its funds and allocated the remaining $9 million, according to Christine Crossley, director of the city’s Office of Homelessness Solutions.

“I think most cities and most organizations have this problem where itit’s amazing to have this money, and itis necessary, but thereThere are also a limited number of contracts and programs that anyone can hold in a year,” she said. “And you can hire more staff, but thatit’s also COVID, and there‘s a shortage of people, so thereit’s kind of, well, we can spend it, but we might not be able to spend it all just because itthat’s so much money to spend in such a short time.

Private donations are used for landlord incentives, including extra rent, deposits or money for repairs, according to Crossley.

One of the biggest problems nationwide is that landlords don’t want to rent to people using housing vouchers because they often lose money waiting for housing authorities to inspect their rental units and process the lease, according to Myriam Igoufe, vice-president. of policy development and research at the Dallas Housing Authority.

On behalf of the initiative, Igoufe and his team were tasked with creating computer software to coordinate all agency efforts while streamlining the application and housing process. Last summer, they spent more than a month working 13-hour days to program content management software that could seamlessly coordinate 15 agencies and around 100 social workers.

“We knew we were designing something from scratch that other people were going to look at and say, ‘Look, this could be done’ or, ‘See, we shouldn’t be trying to do this, we should be using our money for something else.'”

Before this new system, it took weeks or months to get emergency voucher recipients into a rental property. But now it only takes a few days.

“Without this investment in technology and automation, this wouldn’t be possible, not at this rate,” Igoufe said of the initiative.

“A safe place to sleep”

Near the corner of Cadiz and South St. Paul streets on Monday, a large crowd of homeless people began setting up camp as the sun began to set. Joel Martinez Gregorio, 60, leaned against a building while weaving a belt with neon-colored laces.

He said he has been living away since being hospitalized for three weeks with COVID-19 in September and losing his job. It is the first time in his life that he is homeless.

“It was tough,” he said. “I tried to find work, but it’s difficult because I don’t sleep and I spend a lot of time trying to find something to eat.”

He said people on the streets were talking about a new program that pays people’s rent for a year.

“That would be a godsend,” he said. “If I had a safe place to sleep and leave my stuff, I know I could get back on my feet.”

This story originally appeared in Stateline, an initiative of The Pew Charitable Trusts, and is republished here as part of the Solutions Journalism Network’s SoJo Exchange, a nonprofit dedicated to rigorous problem-answer reporting. social.