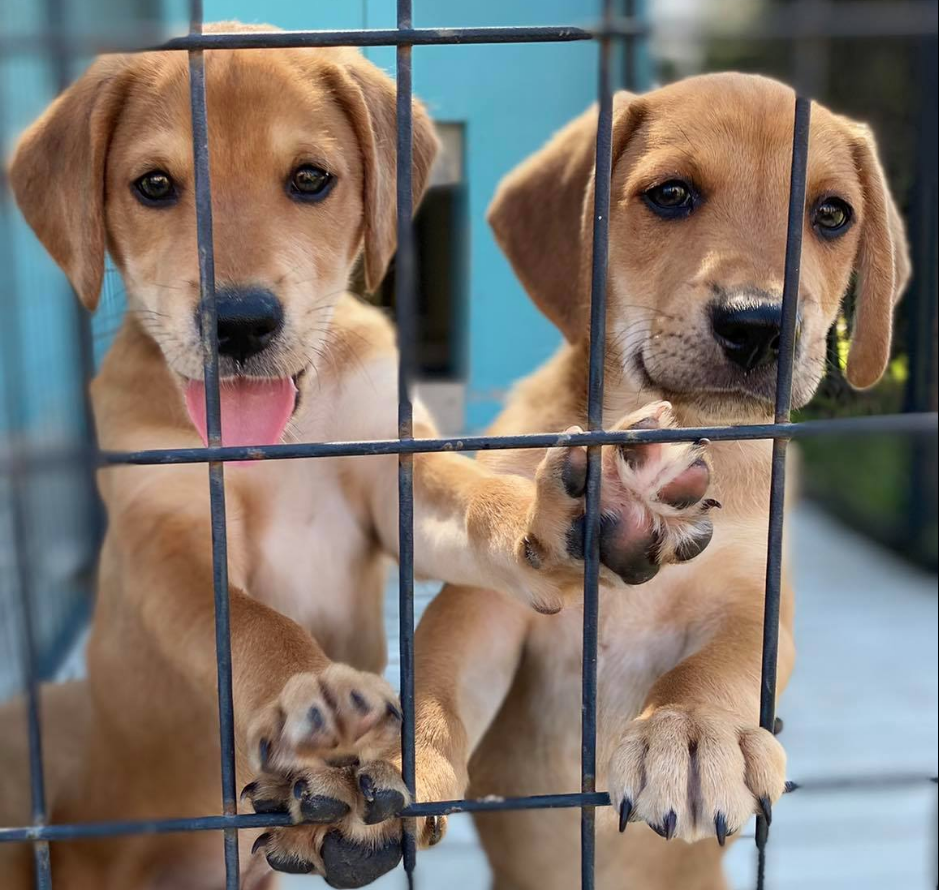 From foster family to best friend

Southeast Guide Dogs provides working dogs (guide dogs, assistance dogs, therapy dogs and companion dogs) to those who need them most. “These animals give people back their freedom and independence,” says Muffy Lavens, the organization’s media relations manager. This metamorphic process begins when a client decides that a working dog will allow him to live his life to the fullest. Once their application is approved, they meet with the staff to discuss their ideal dog. The personality and abilities of dog and owner are considered to favor this perfect match. Clients are then invited to Palmetto for training, both on-campus and off-campus, so their dogs can learn signals alongside them in real-life environments before returning home. “When you see a dog and a customer meet for the very first time on game day, it’s magical. The dog knows he’s there for that person and a bond forms instantly,” she says. “It reinforces why draft animals are so important. The more we place qualified dogs with deserving people across the country, the more society becomes aware of their purpose. It’s a learning process for everyone. Southeastern Guide Dogs also offers on-campus experiences like Beyond the Dark that allow people to get a taste of what it’s like to be visually impaired or to be a veteran with PTSD.

Launched in 2008 as a foster-based organization, Nate’s Honor Animal Rescue has grown from finding homes for 60 to 2,000 animals a year; many of which have been abandoned or neglected. “Animals that come through our shelter are lucky because people in our community can provide them with great homes,” says Dari Oglesby, who started volunteering 11 years ago with her daughter. She’s now the general manager and her daughter is in vet school – a testament to how Nate’s Honor and places like it can profoundly change the lives of animals and people alike. Every underage animal, pregnant pet, or shy housekeeper goes to a foster home waiting to be adopted by their forever family. “We have foster homes who have saved hundreds of lives by opening their homes,” Dari says. For people who travel, work, or can’t afford a pet but love animals, fostering is the perfect process. Even before these animals are adopted, Honor works hard to find the right homes for them. “It’s all about animals, if someone wants to adopt an animal that isn’t right for them, we work with them, redirect them and help them find their perfect pet,” she says. At Honor, everyone is there for one reason: to save animals. And saving them is 7 days a week, 365 days a year. “There are tough days but when you see an animal waiting to walk out that door, it’s worth it.” It’s no secret that animal lovers have big hearts and the number of people in our community who help shelters like Nate’s Honor Animal Rescue is inspiring. 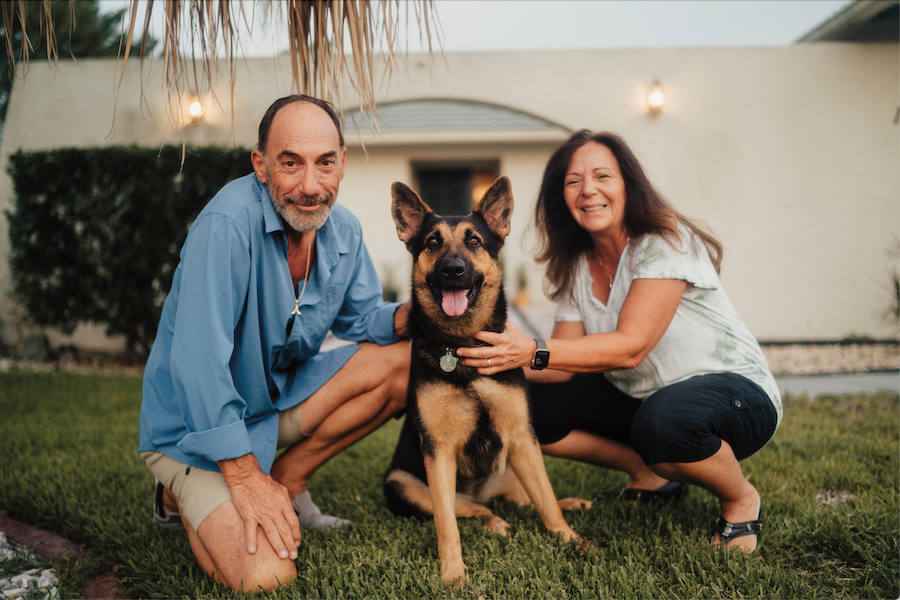 Christopher and Loretta Mattie enjoying a sunset walk in front of their home with their newly adopted German Shepherd puppy Kona, found at the CSSS. Photograph by Wyatt Kostygan

The Humane Society of Sarasota County has cared for and placed animals in their forever homes since 1952. Originally they could only house six cats and 48 dogs but, since expanding and declaring themselves a no-kill refuge, they have up to 250 animals on site each day. Members of the caring community often find and bring in minor puppies or kittens that cannot be adopted until they have been spayed or spayed and have reached 12 weeks of age ( this is where the welcome program comes in). “We want these animals to live in family environments where they can receive the care they need to become someone’s new best friend,” says Anna Gonce, Executive Director. After 20 years in animal welfare, Gonce, like many of us, can’t say no to kittens (who are most at risk in traditional animal shelters). Since the beginning of October, she has raised a dozen litters herself, all of which have found wonderful homes. “Pets play an important role in our lives. They are a form of unconditional love, a best friend, a therapy animal, a playmate,” she says. “When a person and an animal choose each other, that’s when the magic happens.” And The Humane Society wants to participate in its realization. The organization has built a new facility that will allow the team to care for 900 more animals each year (there is a grand opening later this month). “This new facility is a nice place for our animals, but it’s not just that,” she says. “This represents our renewed commitment to the animals of Sarasota.”

With a second-chance adoption program and a veterinary clinic that served 13,500 animals last year, their general manager, Rick Yocum, has been saving animals – and people – since 2012. an adult animal from another shelter, such as a surrender, or a stray is less than 40 days old. “It’s about being able to provide the best care for our animals, we are the Humane Society and we have to act accordingly,” says Rick. The Humane Society is in the matchmaking business and its programs do just that. They match animals with adopters and help them learn more about the pets they raise as part of their family. It is a very personal process. They encourage potential adopters to bring animals home for a 4 day, 3 night sleepover. If it’s not a good fit, they can bring that animal back guilt-free and wait for a better match and if so, an adoption is in the works. “People often walk through our door expecting to leave with a pet and that’s not always the best solution. It takes patience to find the right animal. Patience also applies when people bring an animal home, they should give it time to get used to its new surroundings. They offer a seniors program as well as an animal behaviorist to keep animals in homes and out of shelters. When they transfer animals, they do so locally. “There’s a connection between people’s health and having a pet,” says Rick. “It lowers blood pressure and gives people with mental illness a reason to get up in the morning, go for a walk and talk to other people.” Animals are truly our saving grace.