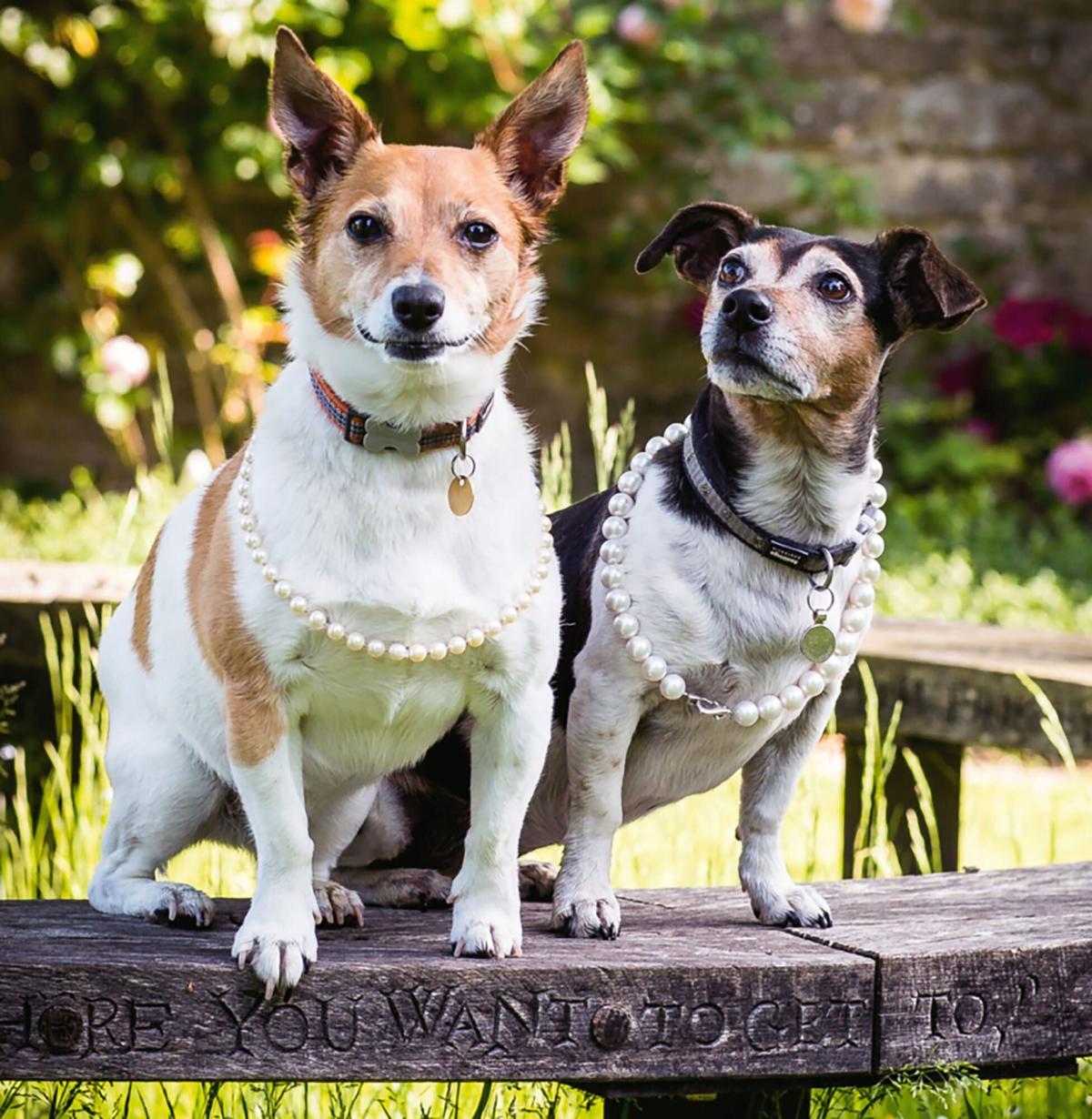 Camilla, Duchess of Cornwall’s dogs play dress up with her beautiful jewellery.

Appearing in the next issue of Country Life, beloved British Royal Family dogs Bluebell and Beth sported her pearl necklaces for an adorable photoshoot to celebrate the magazine’s 125th anniversary as well as the Royal Family’s 75th birthday in July .

“Bluebell and Beth, 10 and 11, are the terriers of the Prince of Wales and the Duchess of Cornwall, who were both rescued from Battersea Dogs and Cats Home, London,” the magazine says.

This is the first appearance of the dogs on the frontispiece of the magazine without their owners. Country Life describes the photo as “a fun spin on the traditional beaded girl page.”

RELATED: Camilla opens up about her relationship with Prince Philip and the part of royal life that ‘petrifies’ her

Worn by Anya Campbell, the shoot took place at Raymill in Wiltshire, England.

Working alongside magazine editors Mark Hedges and Paula Lester, Camilla, 74, spent six months editing the publication’s next issue as it revealed the beauty and dark side of rural life.

“There are many reasons I was thrilled to be asked to edit Country Life this week,” she wrote in the lead column. “The most selfish thing being that celebrating the magazine’s 125th anniversary makes me, at 75, feel positively young…”

“I have cherished this opportunity to shine a light on some of the people, communities and charities I have had the privilege of meeting who do so much for life in our countryside, too often invisible and unrecognized,” a- she added.

Never miss a story – subscribe to Free Weekly PEOPLE Newsletter to get the biggest news of the week delivered to your inbox every Friday.

Camilla is known for her close bond with her dogs, who have accompanied her on several royal outings.

In February, Beth joined Camilla on her visit to Battersea Brand Hatch Center, an animal welfare charity where she adopted her pooches.

During their appearance together, the pair were challenged to take on Battersea Ambassador Paul O’Grady and his pup, Sausage, in ‘Temptation Alley’, where the dogs were rewarded for ignoring toys and pets. treats between them and their owner.

“What could go wrong?” Camilla joked before their turn.

RELATED: Camilla Asked Kate Middleton to Photograph Her for Magazine Cover: ‘I Wish Catherine Would’

Beth was a pro, going straight for Camilla when called, and they were rewarded with a “Winner” trophy!

Camilla and Prince Charles also took Beth and Bluebell to a dog show in 2015 – where Beth won the show’s agility competition top prize.

In a photo posted in April 2020, Beth and Bluebell joined Camilla and Prince Charles in celebrating the royal couple’s 15th wedding anniversary.

In December 2020, Beth helped Camilla unveil a plaque to officially open new kennels at Battersea Dogs and Cats Home. The royal picked up her pup, who used her teeth to grab a sausage tied to the blue curtain covering the plate and pulled to reveal the dedication.

Country Life goes on sale Wednesday, July 13 and is also available by subscription and as a digital edition.