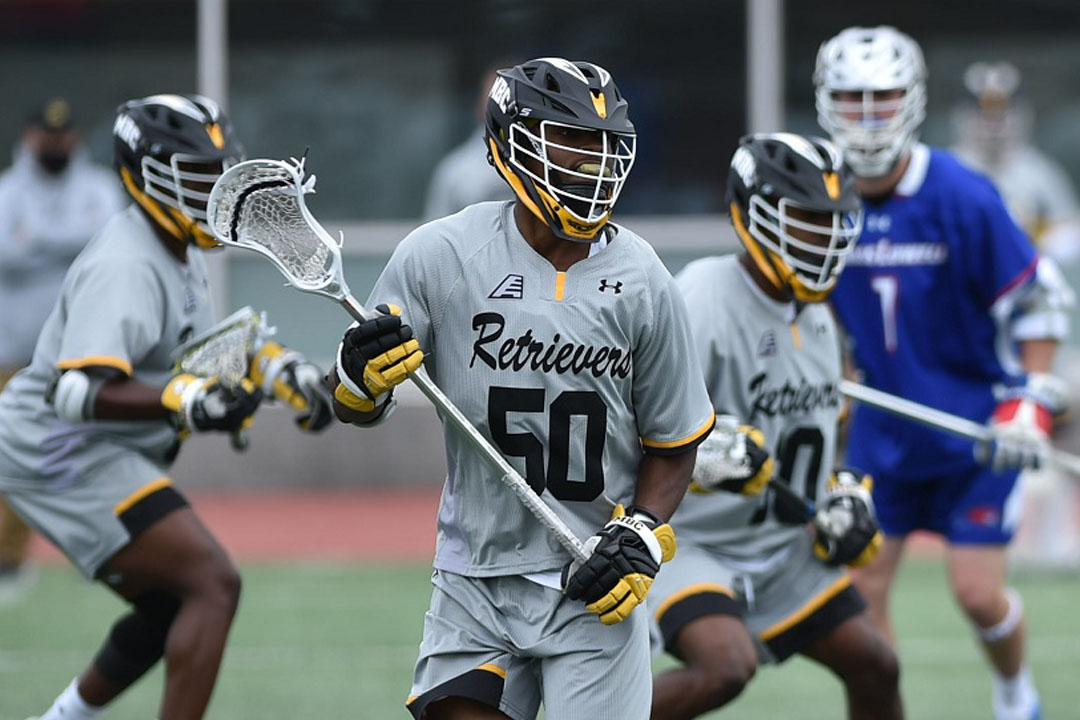 “If your actions inspire others to dream more, learn more, do more, and become more, you are a leader.” —John Quincy Adams.

Keith Dukes is the culture of all of the above. Add to that his passion for lacrosse, and it almost describes Dukes as a “T.”

From an early age, lacrosse was the sport of the Dukes. It was in kindergarten that a friend suggested lacrosse to the Dukes family after he had tried a host of other sports.

“From day one I started running, and that was it,” Dukes said.

Dukes continued to play in recreational leagues across Maryland as a youth before moving to From Matha High School as a short-stick defensive midfielder. He did it for UMBC, contributing from the outset to a defensive unit statistically one of the best in the country. His stats speak for themselves – 40 career ground runs in three seasons – but it’s the things beyond the playing field that make him unique.

Dukes was one of the team representatives on UMBC Student Advisory Council during the 2020 season and served as team captain in 2020 and 2021. Leading is nothing new for Dukes. He’s been around leaders all his life and took pieces of what they gave him to become a leader too.

“A good leader is someone who takes the time to look at the purpose and determine how everyone is contributing to it, including yourself,” Dukes said.

One of his favorite leadership quotes is from Michael Jordan: “I can’t ask someone to do something if I haven’t done it myself.”

Dukes takes this to heart when he holds his teammates accountable, making sure they hit the wall or keep pace in class. He credits Zach Taylor, a defender midday at From Matha who was a senior when Dukes was a freshman, and guys like Gunnar SchmolerBilly Nolan Jr. and Jason Brewster, who were upper class when he arrived UMBC Campus.

Along with establishing himself as a leader within lacrosse, Dukes has also found his creative side through video production, music and social media. On his main Instagram account (@500mpDukes), he has over 1,200 followers who post content that mixes life, lacrosse and fashion. He also created a second Instagram account where he posts self-edited videos that show off his creative side and the adventures he goes on with friends.

“With my videography, I don’t even aspire to go to cool places. I want to go places and make them cool,” Dukes said. “My goal last summer was to go to five different cities. I ended up going to six or seven.

Dukes goes to different regions, meets people and takes videos or photos of them. He shows them the subject and then establishes a connection with them beyond just meeting in this setting.

As seen on his social media, like lacrosse star Myles Jones, Dukes has a love for fashion and creativity in clothing. For him, fashion is not just about putting on ordinary clothes.

“Clothes bring people together, I like to dress according to my mood,” Dukes said. “I feel like people of our generation really like to dress up their mood, whether it’s gray, vibrant, whatever it is.”

For him, fashion is not just a way to express his mood. It’s also another way to pursue his goal of bringing people together.

As for his future, Dukes hasn’t defined exactly what he wants to do. He aspires to play professional lacrosse, which he has dreamed of since he was a child. He could also become a coach, something he got a head start on last summer as an assistant coach for the Annapolis Hawks 2025 club team. Videography will also remain a staple in his life.

Whatever Keith chooses to do, based on his leadership skills, desire and drive to bring people from all walks of life together combined with his creativity, his future holds great promise.

This Black History Month, we are connecting the past to the present by celebrating the contributions of Black lacrosse players, coaches and personalities who have changed the sport for the better.

As part of our partnership with Blaxers Blog, writer Jordan Johnson will host a series of Instagram Live chats with some of the most important figures in black lacrosse history. He will first join lacrosse legend Kyle Harrison and Tari Kandemiri on ESPN’s “Sound on with Tari and Amari” on Feb. 10 at 8 p.m.