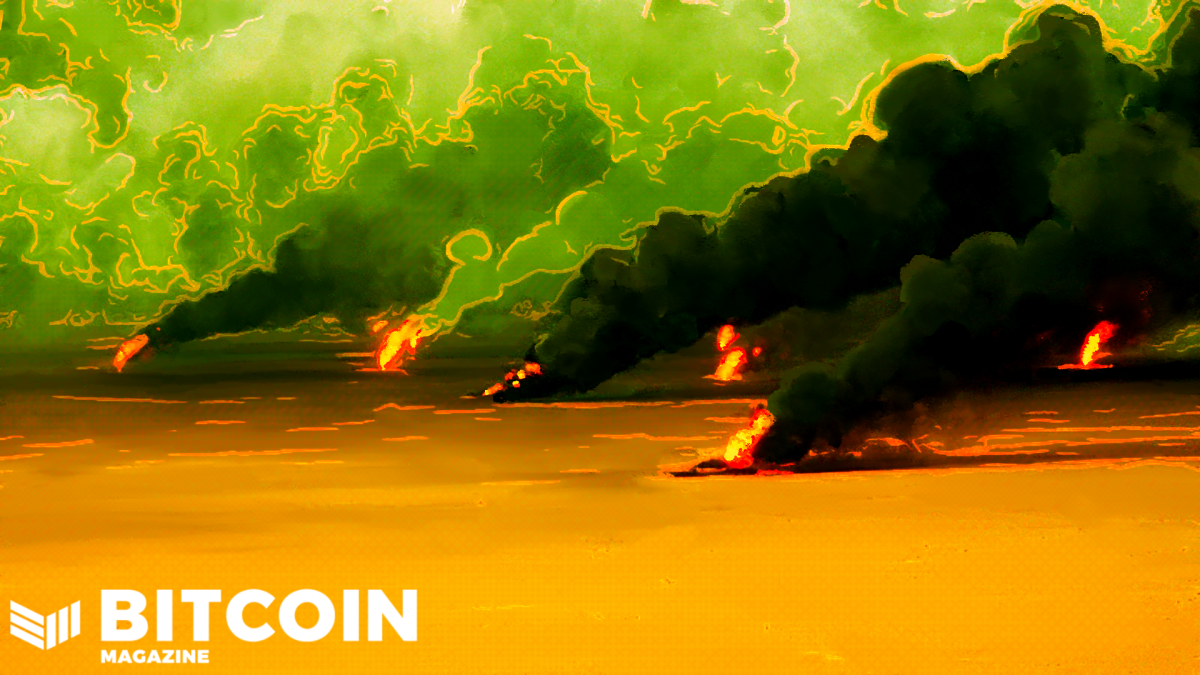 This is an opinion piece by Michael Abraha, contributor to Bitcoin Magazine.

As the world quickly turned its attention to Ukraine, the ongoing genocidal war in Tigray, Ethiopia has continued for nearly 17 months. This underreported war didn’t see much time in the mainstream media, even though 500,000 people died from it. While CNN, the BBC and Al Jazeera have all reported on this conflict for months, this information has been silenced for fear of going to war with Russia.

So why is it so important for the Bitcoin community to get involved? It has been confirmed that the Ethiopian government intentionally blocked humanitarian aid from the Tigray region, cut off access to electricity, froze all banks in the region and shut down telecommunication services throughout the 17 month. Around 5-6 million people live in the Tigray region and 600,000 or more civilians have fled to Sudan seeking refuge. Getting involved is extremely urgent as more than 3 million people face starvation due to aid blockages.

Apart from fundraising, what could the Bitcoin community do to help end this conflict? With many celebrities and influencers from various industries in the bitcoin community, it might be possible to get some big names talking to raise awareness. Big celebrities like The Weeknd once donated over $1 million in January 2021, but since then the war hasn’t gotten the attention it deserves. The Bitcoin community must intervene. With over $50 million worth of crypto donated to Ukraine in less than a month, we can do the same and help those in need in Ethiopia as well. Unfortunately, the mainstream media tends to ignore the atrocities that occur in developing countries such as Yemen, Palestine and Myanmar. It is therefore our duty in the Bitcoin community to raise awareness and help those who are suffering in underserved and ignored communities.

Unfortunately, there are some things to consider when researching content on this conflict. Since Tigray is an ethnic minority state of Ethiopia, the majority of Ethiopians either supported the government or remained silent on the war against the people of Tigray. At the start of the war, many Ethiopians justified the war to remove Leaders of the Tigray People’s Liberation Front (TPLF) of power in Tigray, because of their war crimes committed in previous years. Although the previous government, the Ethiopian People’s Revolutionary Democratic Front (EPRDF), was a federation of all Ethiopians, many blame the TPLF leaders for wreaking havoc on the country for more than 20 years. These claims have allowed Ethiopians to turn a blind eye to the atrocities currently happening in Tigray, and even to claim that social media has been spreading fake news to ruin Ethiopia’s international presence. While the war has been going on for 15 months, more recently a handful of Ethiopian influencers have spoken out against the conflict, but the majority have always remained silent or supported the government. I mention this to note that when you search for content about Tigray, you will see comments and replies blaming the TPLF for the war, saying there is no genocide and even slurs against people who defend the inhabitants of Tigray. Know that there is an active counter-protest against the relief movement for those who suffer in Tigray, Ethiopia.

How can this be executed?

First, raising awareness among influencers in the Bitcoin space will help spread awareness of our mission. Write content in the space to advocate for platforms and ecosystems within the crypto space and research methods on how Bitcoin can provide the best services to send and receive funds in Sudan and Tigray to fight against the closing of all the banks and the cut of electricity by the government. Some examples of this are sending bitcoins offline, such as Bitsms, which allows users to attach a BTC wallet to a mobile phone number, providing the ability to use SMS text to send transactions via satellite radio.

Once this research is done, we can test the method of sending bitcoin with goTenna’s physical antenna devices. Creating a huge buzz around building access and building peace must happen simultaneously as funds are allocated to those in need. There must also be a global campaign that aligns with diaspora advocates. There must be partnerships with people-led NGOs in the US and Europe such as Omna Tigray, Tigray Action Committee, Tigray Disaster Relief Fund and many others. We can organize an online discussion (mini conference of several speakers) and a series of music festivals to continue to raise awareness. Since major artists such as The Weeknd and Lil Baby have raised concerns about the conflict in Tigray, Ethiopia, it would be accessible to be able to work with them and other musicians.

Once sufficient funds are allocated, mission trips can be conducted to establish food and aid distribution centers in Sudan refugee camps and Tigray in the internally displaced persons camps. (IDP). These collaborations can be distributed with Omna Tigray, Tigray Emergency Relief Fund and many other non-profit organizations.

Bitcoin can also power the economy of Tigrayans in Ethiopia, in refugee camps and within the diaspora. There has been an alarming problem with banks in Tigray since the start of the war – the Ethiopian government has closed all federal banks in the region. In addition to the lack of electricity and internet services, citizens of Tigray are forced to use black market distributions of cash sent via Sudan. Electronic transfers and all means of sending money have been blocked, which is one of the main reasons why Bitcoin can provide access to people.

Tigray’s education system has also been destroyed as primary schools and universities are now used to house displaced people; millions of students have stopped going to school in the past 18 months. Bitcoiners can donate books, computers, pencils, and other supplies to refugees in Sudan to kickstart education in refugee camps and use offline education services such as Internet-in-a- Box. The Internet-in-a-Box is a device that allows users to download content and upload it to multiple computers, tablets, and smartphones without the need for the Internet. Thousands of devices like these are needed alongside the necessary equipment for students.

Overall, using bitcoin to help end this crisis will not only compel the diaspora to educate themselves on how to use bitcoin, but inspire other nations and states to do the same in the Horn of Africa. With bitcoin being embraced in various other countries in Africa, the situation in Tigray is a do or die matter as families around the world struggle to send aid to their loved ones. As the Bitcoin community thrives on continued decentralization, it would be great to provide relief to millions of struggling people, especially since the international community has let those in Tigray down. Thirty years ago, USA for Africa teamed up with Michael Jackson and various other artists to sing “We Are the World,” to help those suffering from drought in Ethiopia. Unfortunately, there was a war similar to the one currently unfolding today which led to Tigray being blocked from humanitarian aid. We must recreate these actions to end the current man-made famine and save lives, as well as help those in need in the Horn of Africa. As the late Michael Jackson said, “We are making a choice. We save our own lives. That’s right, we’ll have a better day, just you and me.

This is a guest post by Michael Abraha. The opinions expressed are entirely their own and do not necessarily reflect those of BTC Inc or Bitcoin Magazine.

2022-06-07
Previous Post: Catch the Tribeca Festival at home
Next Post: The town of Poultney adopts a new brand image