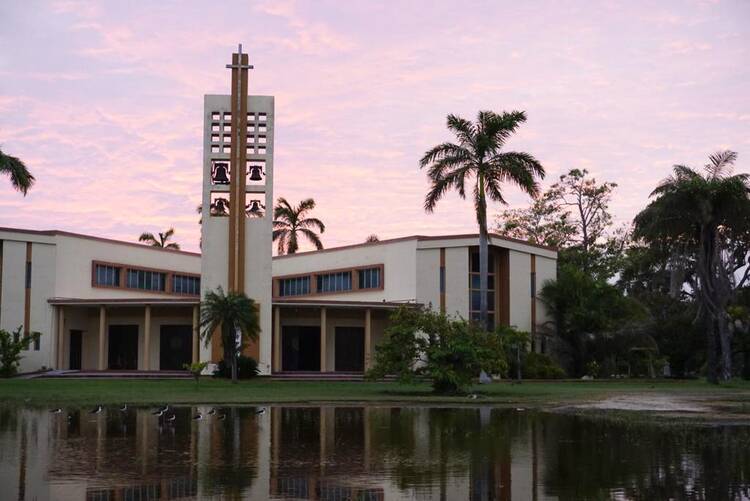 Belize finally has a Jesuit university

BELIZE CITY (CNS) — It took four tries and 40 years, but a school founded by Jesuits in Belize will soon be a four-year university.

St. John’s College was founded in 1887 as an all-boys school serving Belize and neighboring countries. It added a coeducational community college in 1952. Today it has 700 boys in high school and 1,200 two-year community college students.

School authorities first attempted to gain approval as a four-year school in 1981, the year Belize gained independence from Britain. The government rejected the plan. The government did the same in 1989 and 2014. The positive response finally came last October and the school is setting up a program to award its first bachelor’s degrees in 2024.

School authorities first attempted to gain approval as a four-year school in 1981, the year Belize gained independence from Britain. The government rejected the plan.

“It was a 40-year struggle and not something we decided in a day. We went through a very rigorous process to make this happen,” said Mirtha Alice Peralta, SJC President and first woman to lead the ‘school.

Although SJC has a stellar past — 66% of deputies are graduates — it is now shaping what the future will look like, working with Jesuit universities in the United States on courses and content, and ensuring that financing structures in locally funding continue to apply.

“Becoming a four-year school is going to continue the legacy of SJC and take it up a notch, because you have a lot of kids who can’t go overseas to get a four-year education, and now they can benefit from a high-quality Catholic education here at home. This could be a game-changer,” said Father Brian Christopher, Superior of the Jesuit Community in Belize.

SJC is a member of the Association of Jesuit Colleges and Universities. It is the only member outside of the United States.

Peralta said the new university had several components in place that would ensure its success.

SJC is a member of the Association of Jesuit Colleges and Universities. It is the only member outside the United States, admitted because Belize is part of the Central and Southern United States Province of the Jesuits. Membership has opened doors, including an agreement signed late last year with Rockhurst University in Kansas City that allows SJC students to complete doctoral studies in education and a partnership with John Carroll University. from Ohio for students to earn degrees in finance or marketing.

“We are blessed to be part of the Jesuit network, which puts SJC on the global radar,” said Peralta, who envisions her students at universities in the United States and students at American Jesuit colleges spending a semester or more in Belize.

The school has decided to use a hybrid model for the time being, with students enrolling in community college and then applying again for the final two years. Peralta said the two-plus-two approach is practical because the Belize government covers part of the cost of students and pays part of the salaries of community college teachers. That would be lost if he just went overnight to a four-year program.

“We are blessed to be part of the Jesuit network, which puts SJC on the global radar,” said Mirtha Alice Peralta, President of SJC and the first woman to lead the school.

“We want to provide students with a quality Jesuit education that is affordable, so if we immediately go to four years, we will not fulfill our mission of making education accessible,” Peralta said.

The first bachelor’s degrees will be awarded in a handful of programs, including two in science, two in social sciences, two in business and one in computer science. Last year, SJC opened a satellite campus in the south of the country for the community college and is considering how it fits into the new structure. The focus could be on nursing or other careers where professionals are currently in short supply.

Peralta said the goal was not to lose sight of the mission.

“We want to journey with young people, showing them a spiritual path through education,” she said.

2022-05-17
Previous Post: Learn to find the right data
Next Post: On The Border will open its first location in Anchorage, Alaska