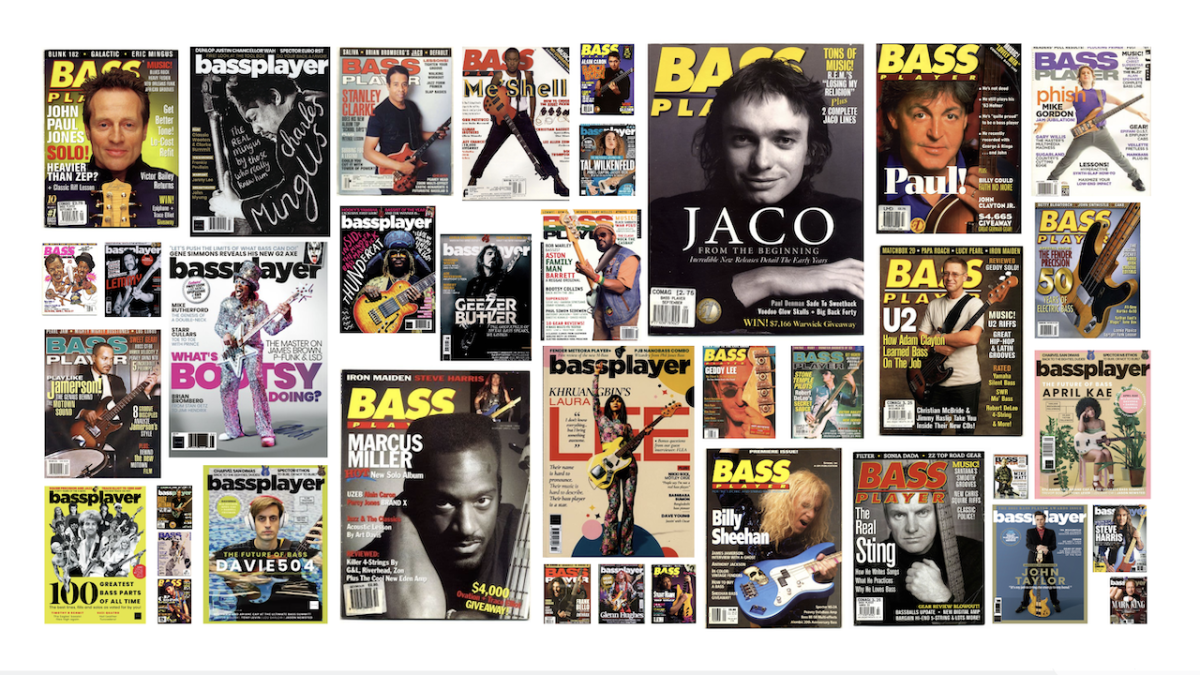 It is with a lot of regret, a lot of sadness and a good dose of optimism that the Bass Player team announces the end of the BP paper magazine.

We have faced challenges over the past few years, through a difficult retail landscape and a real pandemicto maintain Bass Player as a profitable magazine, but 2022’s dramatic increase in costs for us and our suppliers – paper, printing, fuel, distribution to name a few – means that its print edition is no longer viable.

Arguably, Bass Player content has never been better, and sales and subscription numbers are healthy, so the issue isn’t that people don’t want to read BP. It was the cost of publishing a physical magazine in an incredibly tough market that caused the end of the greatest bass magazine of all time.

However, each cloud has a silver lining. Now is the time to focus 100% on the brand’s huge online community.

“I’m going to miss the print magazine, that goes without saying,” says Joel, “but I also think the bass community will be much better served if we put all of our effort into the digital side of Bass Player, as part of GuitarWorld.

“Until now, Bass Player’s online content has consisted solely of material from the magazine. Now we can focus on delivering new stories and exclusive videos that engage the global bass community daily.

“We thank everyone who has ever purchased an issue of Bass Player, all the players who have given us their wisdom and their time, and all the writers, photographers, designers, bass players, educators and hardware manufacturers who have made the world of bass such a great place to be. We will strive to make you proud in the new online home of Bass Player.

The latest issue of the magazine goes on sale September 13 in the US and three days later in the UK. Subscribers will be contacted shortly.

Bass Player magazine was founded in 1988 as a spin-off from Guitar Player (opens in a new tab) magazine. Two trial issues paved the way for #1 in 1990, with Billy Sheehan on the cover: 32 years and 426 issues later, he’s also in the final issue.

The new magazine was an instant hit. Before Bass Player, musicians looking for bass information only had the occasional review in Guitar Player to keep them satisfied. BP quickly became the biggest and best bass brand in the world, a position it always maintained, not least because the bassists who appeared on its pages were also the biggest and best on the planet.

The heroes of the past for whom BP arrived too late for an interview – Jaco Pastorius, Charles Mingus and James Jamerson among them – still got well-deserved covers, with BP staff knowing full well how important these pioneers were to bass players today.

The regular Bass Day added a live component to the BP role, expanding into the Bass Player LIVE! event that has become a must for a whole generation of bassists. We’ve also handed out Lifetime Achievement Awards most years, a tradition we’ll continue with pride: a BP award, even on the shelf of the greatest bassist, is something to treasure, as you’ll recall from Gail’s reactions Ann Dorsey, John Taylor, Marcus Miller and Charles Berthoud last year.

In the age of the internet, Bass Player has grown steadily, with nearly 500,000 social media followers and millions of bassists reading his stories online every month. It will continue as an online platform – as one of the channels of Guitar World, the world’s largest website for guitarists.

The second phase of Bass Player’s career is about to begin. Stay with us – good times are ahead!

Bookmark the Bassist channel on Guitar World. Subscribe on this page (see top right) to our newsletter The Pick for the latest news from the world of bass.