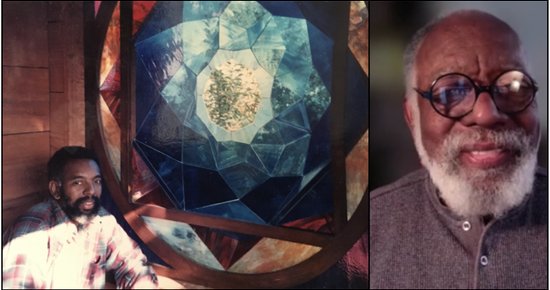 Last week Humboldt featured prominently in a lengthy GQ Magazine article – for something other than weed, if you can believe it! The room, “The latest glimpses of endangered hippie utopias in California, takes the reader on a tour of some of the aging and forgotten communities manifested by the generation of idealists associated with what is today called the return to the land.

These days, Richard Evans, one of the subjects of the article, lives in the booming metropolis of Eureka, but in the early 1970s he and his cronies fled the Bay Area for an existence. more idyllic and communal in the countryside on a property in the distance. threw south of Humboldt. In this week’s episode of Humboldt Holding Up – Locomotive’s Always Idealistic Podcast – Evans shares with us his memories of his homecoming days. Topics include:

ABOVE: A young Evans sits next to a window he installed at Tommy and Karen Hessler’s house in Humboldt. He was disappointed that GQ didn’t include a photo from the other side of the window, so we included it below.

Click on the audio player above to listen to Evans’ cat with the Outpost’s Stephanie McGeary and Andrew Goff or click to Apple podcasts. And if you want to meet even more Humboldt people from the comfort of your headset, browse past Humboldt Holding Up guests below.