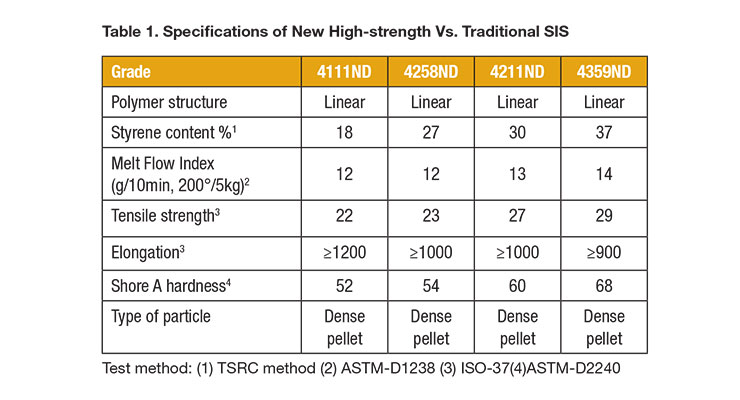 TSRC was established in 1973 by founder Glyn TH Ing to support government policy on developing a petrochemical industry in Taiwan. TSRC has grown from a synthetic rubber manufacturer to a leader in today’s synthetic rubber and styrenic block copolymer (SBC) markets. The company’s products have been highly praised and widely adopted by major customers all over the world. TSRC’s annual output of SBR, BR, NBR, TPE, compounds and other synthetic rubbers has reached 805,000 tons. All of its manufacturing plants have successively obtained QC 080000 and ISO 50001 international certifications.

Headquartered in Taiwan, TSRC is vigorously expanding its business to establish production bases and sales teams in China (Nantong in Jiangsu and Song-Jiang in Shanghai), Thailand, India, Vietnam, the United States and Luxembourg. to meet the growing demand from customers around the world.

TSRC is a leading supplier of high quality Thermoplastic Elastomers (TPEs). The company uses advanced elastomer design and production technology to provide a series of styrene copolymer elastomer products and solutions.
SIS is the thermoplastic elastomeric polymer [1] which has the processing properties of plastic and elastic properties without the need for vulcanization. Among these properties, SIS has the following performance advantages for elastic films:

In recent years, due to the growing demand for stretch film components, manufacturers have been looking for new ways to improve strength. This can be accomplished by adjusting the formulation of the compound according to the following two approaches:

I. High strength plastic is blended to increase film strength, but adding plastic sacrifices elastic properties.
II. Polystyrene resin can be added to increase the strength of the film, at the cost of creating a serious odor problem, which does not suit the personal hygiene market’s sensitivity to these problems.

The above formulation adjustment approaches must be combined with consideration of melt processing and converting equipment. A pre-mixing system, appropriate mixing extruder screws and film die configuration must be optimized to produce quality elastic film with uniform thickness.

On the other hand, due to the low melt strength of usual SIS, the bubble stability for blown film processing is insufficient, which limits the application of the material in blown film processing.
To solve the above-mentioned disadvantages of the usual SIS, TSRC improved the film and melt strength of this new SIS by increasing the styrene content and adjusting the molecular structure. A schematic diagram of the strength and elasticity of thin films based on new and conventional SIS is shown in Figure 1.

D. Test for evaluating the extensional viscosity of melts:
The Rheotens test was used to measure the melt strength of the material at 170°C, which is a commonly used processing temperature for blown films.

F. Results and discussion:
I. Mechanical properties of the elastic film:

Additionally, module performance at lower stresses (100%/300%) has also been significantly improved. As shown in Figure 4 and Table 2, the improvements mentioned above confirm the design concept and capabilities of the new high-strength SIS VECTOR 4258ND/4359ND, that is, it can effectively improve the thin film strength and module performance.
II. Elasticity performance of elastic film

Elastic performance indicators can be divided into: The performance of 50% unloading stress, permanent set and hysteresis. These are shown in Figure 5 and Table 3. The new high-strength SIS vector significantly improves the elastic recovery stress of thin films while maintaining low permanent strain.

IV. Reduction of odors in SIS and improvement of the quality of film products:

Head Space GC was used to compare VOCs before and after installation of the new granulator. The results show that VECTOR SIS produced with the new granulation equipment has a 73% reduction in VOCs. Thus, the quality of diapers and masks, whose consumers are sensitive to odors, has been significantly improved.