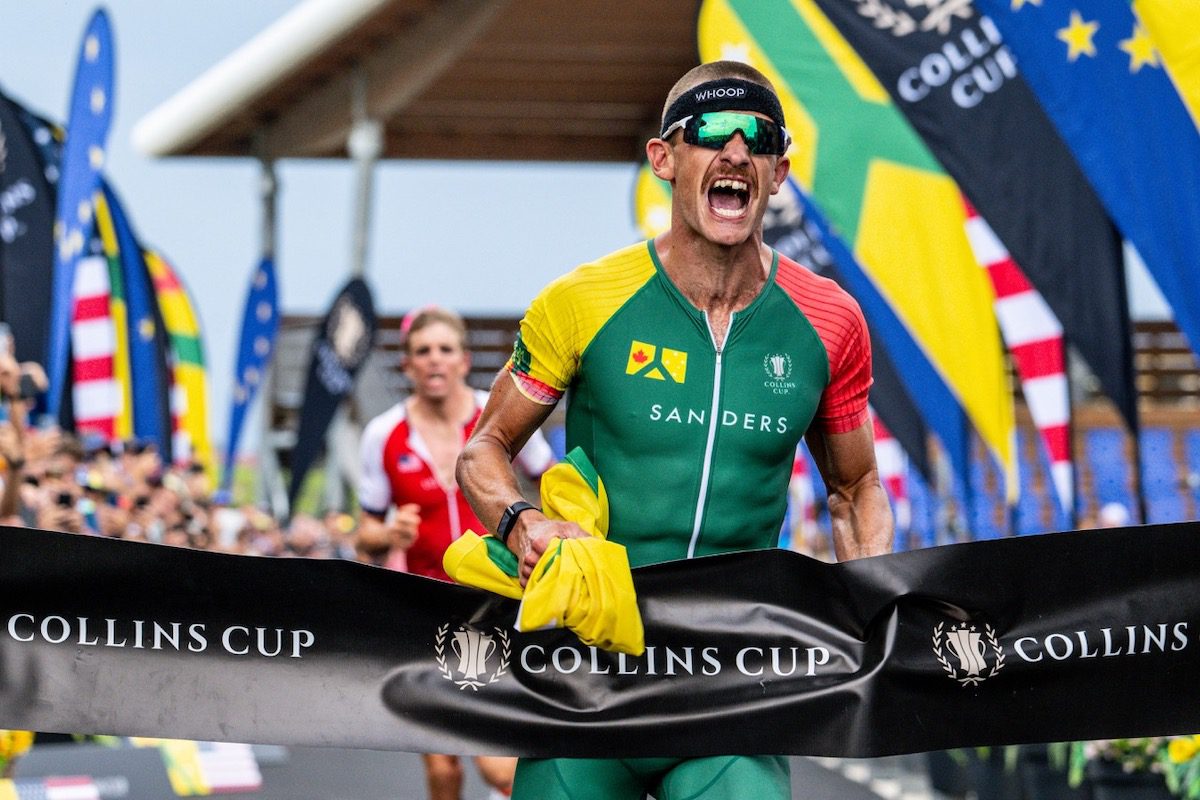 6 takeaways from the Collins Cup

The second edition of the Professional Triathletes Organization’s flagship event, the Collins Cup, proved to be an exciting day of racing on some levels, although the race was quick to make it clear that the Team Europe would once again be the dominant one. crew. Here are some of our takeaways from last Saturday’s races.

Team Europe continues to be a juggernaut

During the opening ceremonies, European team captain Normann Stadler joked that the Collins Cup would stay in Europe, even if they were to release their ‘B’ team. After the race, he pointed out that they didn’t have Jan Frodeno or Lucy Charles-Barclay on the team, and they still beat Team International and Team USA.

Sam Laidlow learned the hard way not to ‘bite the bear’

The PTO likes to stir up controversy and heighten conflict between athletes, which Sam Laidlow delivered in style. During the opening ceremonies, he said he was looking forward to taking on two “duathletes” in the form of Lionel Sanders and Sam Long. A video circulated in which Long stormed out of an interview with the three men. “Now you bite the bear,” Sanders told the young Frenchman.

In the end, Laidlow was beaten by the Canadian and the American and would eventually be convinced to collide at the finish with teammate Gustav Iden, who started 40 minutes after him. Laidlow’s comments no doubt endeared him to the PTO content team, but certainly didn’t help his racing opportunities.

Last year there was a lot of hype surrounding the match which featured Briton Holly Lawrence and Australia’s Ellie Salthouse. Lawrence would crash on the bike and have to settle for finishing last year, which left her, well, let’s say “motivated” to have a better day this year. Looking a bit like the champion who won the 2016 70.3 World Championship, Lawrence had the fifth fastest performance of the day, finishing over four minutes ahead of Team USA’s Jocelyn McCauley and over 13 minutes ahead of a Salthouse in tears who obviously had a tough day.

But a motivated Daniela Ryf is even tougher

In possibly the most anticipated match of the day, Switzerland’s Daniela Ryf showed her old form with a huge victory over Olympic champion Flora Duffy. ‘The Angry Bird’ more than made up for a disappointing day last year with a dominating performance that saw her open more than six minutes over Duffy on the bike (and nearly seven minutes over Team USA’s Sarah True) , then continue to race forward for the fastest performance of the day. Any talk that the 10-time Ironman and 70.3 champ (five each) isn’t as dominant lately must now be thrown out the window. She is stronger than ever.

Kristian Blummenfelt had perhaps the best 12 months in triathlon history last year, including an Olympic gold medal, the Ironman World Championship, the fastest Ironman time ever and the first race full distance Sub7. His training partner and compatriot Gustav Iden is a two-time winner of the Ironman 70.3 World Championship and won the first race of the PTO Tour, the Canadian Open. The two are the biggest names in the sport right now, so it’s no surprise that they’re both dominating their games and helping Team Europe dominate the day. They will both race in Kona (anyone want to bet against a Norwegian sitting at the top of the podium in Kona? Yeah, me neither) and then they will focus on their participation in the Paris Olympics in 2024, which should give the rest of the long distance crew a year and a half to win a few races.

After racing in Tokyo last year, Australian Ashleigh Gentle decided to set her sights on long distance racing. The results so far have been pretty impressive, and they seem to keep getting better. Gentle won the Clash Miami in the spring, won the PTO Canadian Open and was the second-fastest woman of the day at the Collins Cup, two minutes behind Daniela Ryf. Heading into the US Open PTO, Gentle will be the favourite, but interestingly Canadian Paula Findlay was just 19 seconds behind the Australian last weekend. That could set up a fun battle between these two, assuming Ryf skips the Dallas race to focus on Kona.